Tito HQ is in a city where it was illegal to be gay until the year this writer was born.

So, as you’d imagine, Pride is a subject very close to our hearts and minds.

For something with so rich a legacy, condensing the vivacious spirit of the LGBT+ community into the 30 days of Pride month is a challenge. Yet, every year, celebrations across the globe become even more effervescent, rising to that challenge.

In today’s post, given we’re in the final week of Pride month for this year, I wanted to reflect on the history of Pride celebrations through the years. I’ve drawn some comparisons that may influence how organisers make decisions about what their events represent and how they evolve.

A Brief History of Pride

The first pride parade took place on the first anniversary of the first night of the Stonewall Riots (that is, June 28th, 1969). In the US in the sixties, people could be arrested for dressing in drag, simply being gay, or engaging in “acts of homosexuality” publicly. It was also an offence to sell liquor to people from LGBT+ community, among plenty other draconian restrictions.

The aforementioned Stonewall Riots were in response to police harassment that night in June at the Stonewall Inn, a mafia-owned gay bar in Greenwich Village. This was a final straw of sorts. Over the next week, hundreds rioted in pursuit of civil rights for the LGBT+ community and in rejection of the oppressive control the state held over them.

According to David Carter, author of Stonewall: The Riots That Sparked the Gay Revolution, “The real change that Stonewall made was it transformed gay rights into a movement, by taking a very militant stand and taking it to the level of the street.”

Pride celebrations take place across the world to this day (literally) to mark the injustices still being faced by the community and the triumph of overcoming stigmas from the past. As part of this they celebrate those who prompted the movement including Storm Delavarie, Dick Leitsch, and Silvia Rivera.

The comparison: Knowing the importance of remembering where you come from, why an event started in the first place, and the problem or gap it hoped to solve for is vital. Remember also that pioneers in the field are ample sources of guidance.

Though some argue that the image of a man with a handlebar moustache in a Banana Hammock is their default symbol of pride, many more would (somewhat more respectfully) say theirs is the rainbow flag.

While new design concepts to promote the representation of other groups under the LGBT+ umbrella have come up in recent decades, none have stuck quite as well as the (second-to) original, six-colour version: 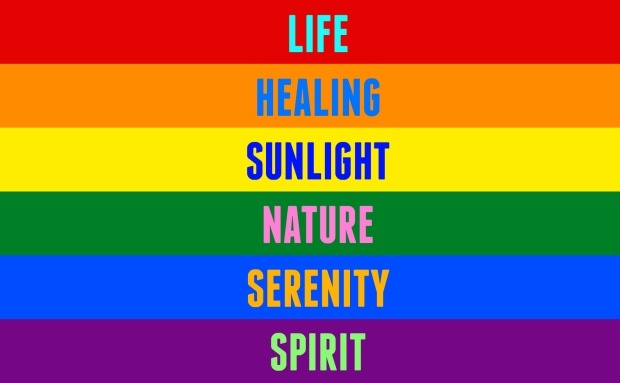 Each colour has a particular meaning, each of which have resonated with the community for decades. According to Bustle:

The comparison: Being willing to evolve, but knowing what that entails, is a valuable skill for any event organiser. Whether that means re-branding an event or business, it’s important to consider the values the event represents going forward, and how the symbolism chosen will affect the overall business strategy.

Growing Into Other Cities 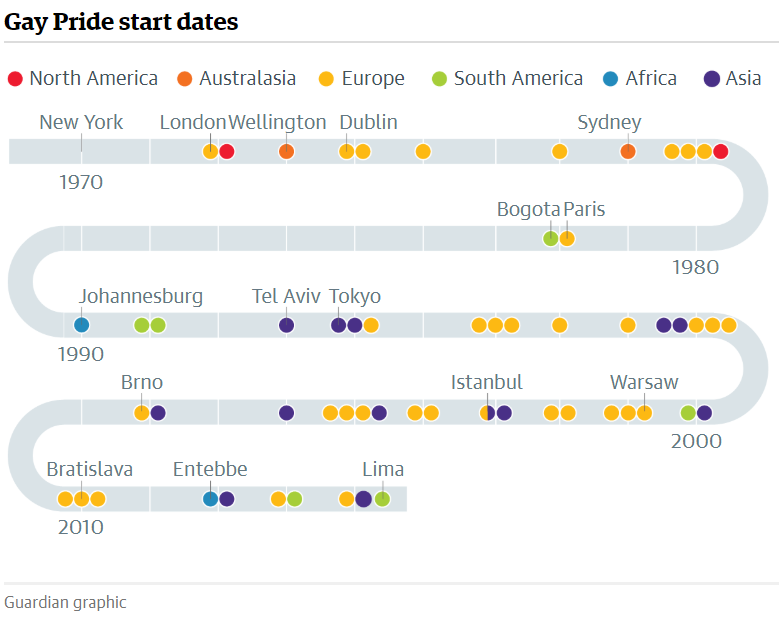 The above graphic came from research that The Guardian performed in 2016 to track the timeline of when cities held their first Pride celebrations. Visibly, cities followed Manhattan’s example both quickly and slowly.

However, the chart doesn’t illustrate the fact that many Pride parades have since been cancelled due to conservative attitudes and governance. For example:

The comparison: Expansion is a tempting milestone for an event organiser, but not one that comes without challenge or sacrifice.

In Charlottesville, North Carolina alone, in one year, Pride celebrations were worth $7.75 million. Impacting the local economy is an often-celebrated achievement for events, but there are more controversial aspects surrounding the commerce of Pride nowadays.

The idea of Pride parades becoming nothing more than a platform for corporations to advertise in faux-solidarity is a concern among many LGBT+ individuals. The level of corporate sponsorship is seen by some as so egregious that many people boycotted San Francisco Pride in 2016 as a result. 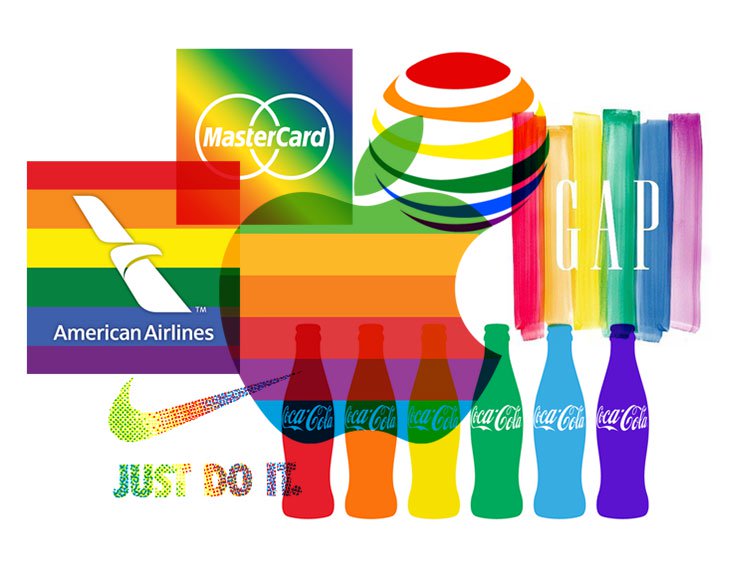 The comparison: It’s important to consider profit sources and sponsorships carefully. When shifting from a free to paid event, or a self-funded event to a sponsored one, consider the impact that associating yourself with other brands and corporations can have on how the public perceives you, and if that perception is what you want to portray.

For further reading on the history of LGBT+ rights, you can check out these resources:

aAnd, if you’d be so kind, for further reading on the event industry, you can subscribe to Tito blog posts at the top of the page.