Daisy Onubogu (pictured below) is head of community at Roam. She works with the several teams who organise events in their global locations, including Miami, Bali, Tokyo, San Francisco, and London.

Her role is to see how those who stay with Roam can engage more with the local communities, and how they can take away an in-depth association with the places they work and live. 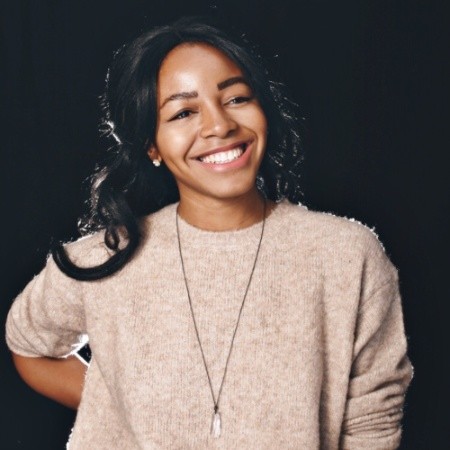 Meaning, they probably shouldn’t be drunk all the time.

Aside from attending events where the queues for workshops are always significantly shorter than the queues for wine, the issue of alcohol at events is one that’s cropped up in my awareness more and more recently.

When organising meetups, it seems that the bar is the easiest place to draw a crowd to. Alcohol at community events is even more of a prerequisite if you’re an introvert that needs a couple of beers or a glass of wine are seen as almost essential if you’re going to be networking for the evening.

I wanted to speak with Daisy because Roam, to an outsider, seems like a tranquil nirvana where people can meet a community with a similar pace to their outwardly hard-working, yet balanced lives. But how do they entertain themselves?

This is what she had to say:

“Roam is a network of co-living spaces around the world. Take the sort of person who travels or has newly relocated to a city; and finds that hotels and Airbnbs and even just big urban cities generally, feel very lonely and devoid of any community. It starts to grate on you after a while. That said, they might feel a bit too old or too far along in their lives or careers to go to hostels. Our median age is about 38 to 40.

If you move around a lot, we give you familiarity so that every time you return to a particular city, you have the warm familiarity of the same beautiful home and the same community to slot into. There’s a host on-site that is in charge of hospitality, but also arranges things like dinners or outings. Basically, they’re in charge of making sure that there’s always a calendar of events on-site or around. Some are just attended by the internal community themselves of about 20 or 30 people who are in the building, though we also partner with brands and charity organisations as well for larger events. 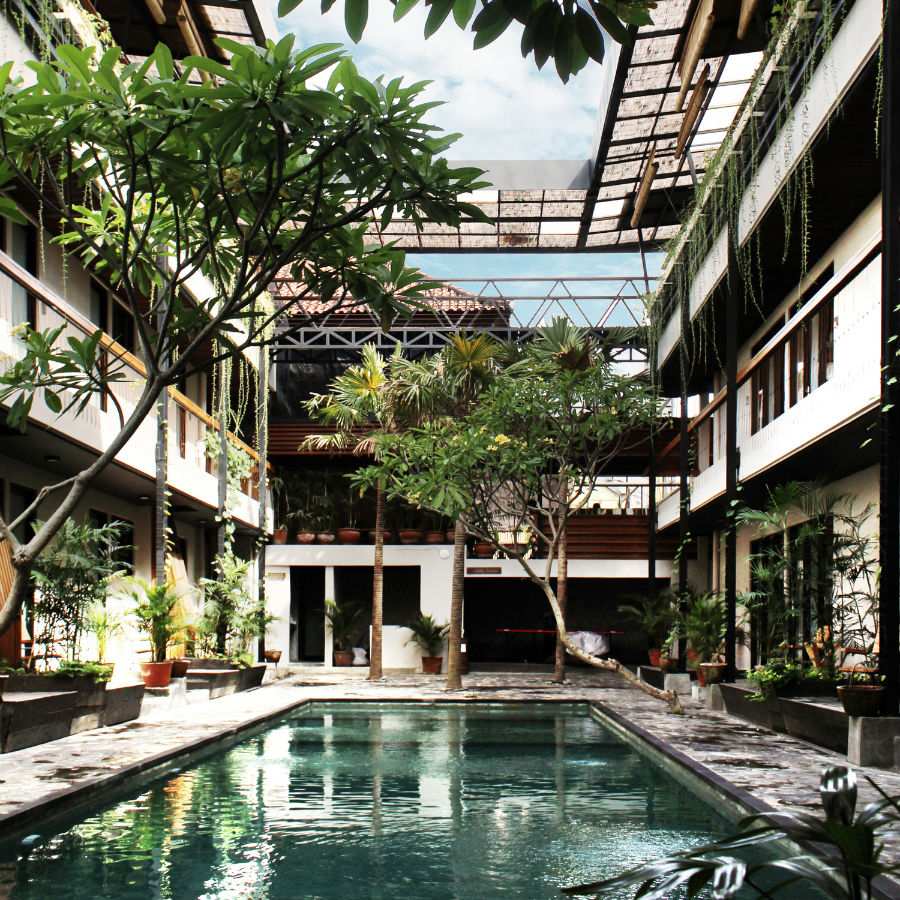 Events are the cornerstone of the Roam experience, but we’re moving into more outside-facing events. We want to be a lot more ambitious. The properties we’re about to close in San Francisco and New York are much bigger than our small space in Chelsea, for example. There’s a lot more event space to play with. We can do a lot more to fulfill the promise that Roam helps you fit into the local neighbourhood.”

“Everybody on the team feels like Roam was made with us in mind, and we tend to use our own judgement with things which is normally fine but, in this instance, if you are a 20-something in London, your entire social life is based around drinking; you go out for dinner and you drink, or you go out for drinks and you drink and that’s kind of it.

So, if you are using your own judgement to come up with a calendar of activities, inevitably it’s all going to come back to being alcohol-based. For example, we might have a cocktail tasting or making class on Monday, we have dinner with some beers on Tuesday, we have Happy Hour on Wednesday, and that’s all.”

So we had to sit down and think about what you do; how do you offer something else? Are there even local events that aren’t premised on alcohol, and what do people do there?

“We do a Local Heroes series which consists of talks from locals. Not so much very famous people; quirky, wonderful people who make the city more interesting.

Our community team does a weekly newsletter, both of the dinners being hosted by Roam, and just cool things around the city. For example, say if there’s a cool exhibit on, they’ll take a group to that.

The role of alcohol is a conversation that’s come up here because obviously the community is pretty diverse. The median age might be 38, but it does range from 27 all the way up to 70-something. Such a disparate group has very different approaches to alcohol.

We had to have a conversation with one of our new managers a few months ago because we got feedback from an individual saying, ‘Look, maybe it’s because I’m not a drinker, but this feels a bit like a fancy adult dorm.’ Everything seemed to be alcohol-based or liquor-based. And we had one or two people who said they didn’t drink or they did drink and they said, ‘It feels like all we do.’ 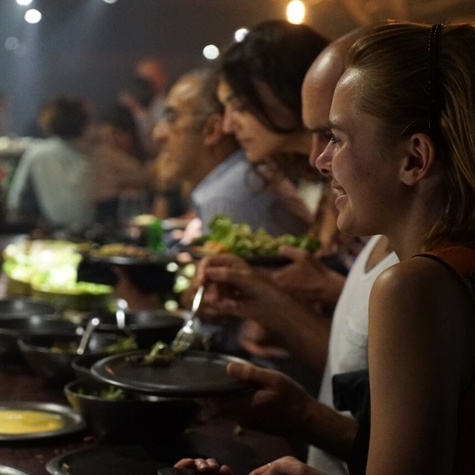 it prompted us to look across all our locations and check that we were offering enough balance and diversity. We went back to thinking about each individual flair of the locations we’re in and getting even more creative. We were doing pretty well already but now the program is better than ever. In Miami, doing cooking classes and bringing in a local chef, rooftop dance classes in Bali, in Tokyo photo exhibitions and tea ceremonies, Trunk shows in London and couch concerts all over. Therefore, even if there’s alcohol there, the premise isn’t alcohol. We also regular smaller things like movie nights and a media club. Not necessarily a book club, but it can be a movie or something else.

We still do a lot of things that’re around alcohol. That’s kind of inevitable. It differs location by location. Miami, for instance, is that little bit more party-inclined and ‘up for it’ all the time. Bali is intensely wholesome and ‘yogi’, so it happens a little bit less there.

Trying to figure out events without necessarily having alcohol as the point has been an important exercise. The absence of that balance we’ve achieved, it would affect community to a significant extent. I can imagine that if everybody’s shitfaced, even if they are mature, cool people, it just gives more opportunity for conflict to arise; for people to say the wrong thing if that’s the only way the community ever meets.“

Of course, they get really close, really fucking quickly, but it leaves more room for error. Someone might say something stupid, and then the community starts to fracture.

“It can be alienating. We don’t appreciate the silent percentage of people who don’t drink either because they are recovering alcoholics, they’ve made that choice, or they’re just slightly uncomfortable around drinking. I think we forget that it’s very likely, that if you gather a group of people together, that there are a few of those, and to the extent that they’re events that are purely drinking-based, especially when it’s a series of things and it’s relentlessly just drinking-based, it’s so much harder to engage.

Either you have to remove yourself entirely from that scenario if it really is a problem for you, or you feel like you’re not on the same wavelength as everyone and you can get on with everyone to the same extent. If you’re an events organiser, it’s important to keep in mind how alienating it can be.

Your approach to alcohol should really depend on the kind of thing you’re hoping people will get out of that event. There’s some meaningful connections and takeaways that people just can’t get when it’s a drink-heavy event. Like, for instance, take at Roam, if the point is that you hope people will form lasting, real, genuine relationships which will involve some degree of actual connection, setting them up to get perpetually wasted would be an odd move, at best they might remember having fun, but I doubt they’d form those meaningful relationships. 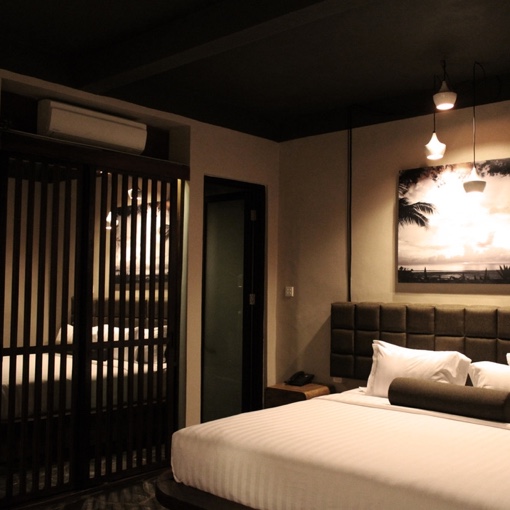 Maybe it’s about content, and you’re trying to get a group of people to take away something from a roundtable where they should get some learnings, but if everyone just gets drunk, I think probably goes counter to what you want.

If it’s just to have a good time and then leave, then that’s fine, but if it’s something deeper, something you want people to be a little more present for, then that can be an issue.

Obviously people should take personal responsibility for themselves. If you can’t keep control over yourself while drunk, then don’t drink. Don’t violate equity and then say ‘Well, I was wasted.’ As an event organiser, you want to minimise the situations where those circumstances are likely. So, there’s a lot to be said for events where there is plenty going on so that people don’t have to drink, or if they do drink, there’s only really enough time to end up slightly tipsy. It’s less likely that someone oversteps, whether that’s in the context of sexual harassment, or something milder that’s just people losing the run of themselves that little bit. There’s a reason you don’t get as drunk at a dinner where there’s alcohol than at a bar.

“I don’t think tangible moves are being made, but the conversation is happening a lot more. We had it internally, I don’t think we’re alone in that. Especially with things like Me Too, and events feeling like they’re a hive for bad things going on. I think it’s on the minds of event organisers. I think it’s playing out in conversations in the room.

I don’t know how much ‘doing’ is happening. And I think that’s because of how long it might take to rewire even our own, personal thinking.

I don’t know from going to events if I’ve seen that changing. It’s still drink-focused, that’s still how you hope to attract people when you’re trying to get numbers; ‘Free booze!’ Perhaps we’re not doing enough yet, but it does feel as though the conversation is happening. It’s a bit late, but it’s not too late. You hope that at least we can very quickly move on from chatting about it to implementing. It’s a natural change.

The only other thing is that there is room now for it to piggy back off the general wellness movement. We know now that we should sleep more, that we should have more balance, that we should harass people less. The industries that are built around events and people making connections have good reason to be thinking and talking more about alcohol at community events.”

All images are courtesy of Roam. For more insight into their work, you can visit their Twitter or Instagram.