The notion of the “traditional” career path is dead. If you’ve been following us for a while, you’ll know that my beginnings were as a telemarketer. But, even before that, while working as a cashier, I once tried to charge an elderly woman for 184 turnips of which she only wanted one.

And I’m not alone in that. At least not in metaphor.

Chloe Condon (pictured below) is a “Developer Evangelist” and assures me that doesn’t mean she’s in a cult. She shared with me how she went from re-writing and performing the lyrics to a Frozen song, to being a programmer for Sentry. In other words, how she got into the tech industry with no experience. 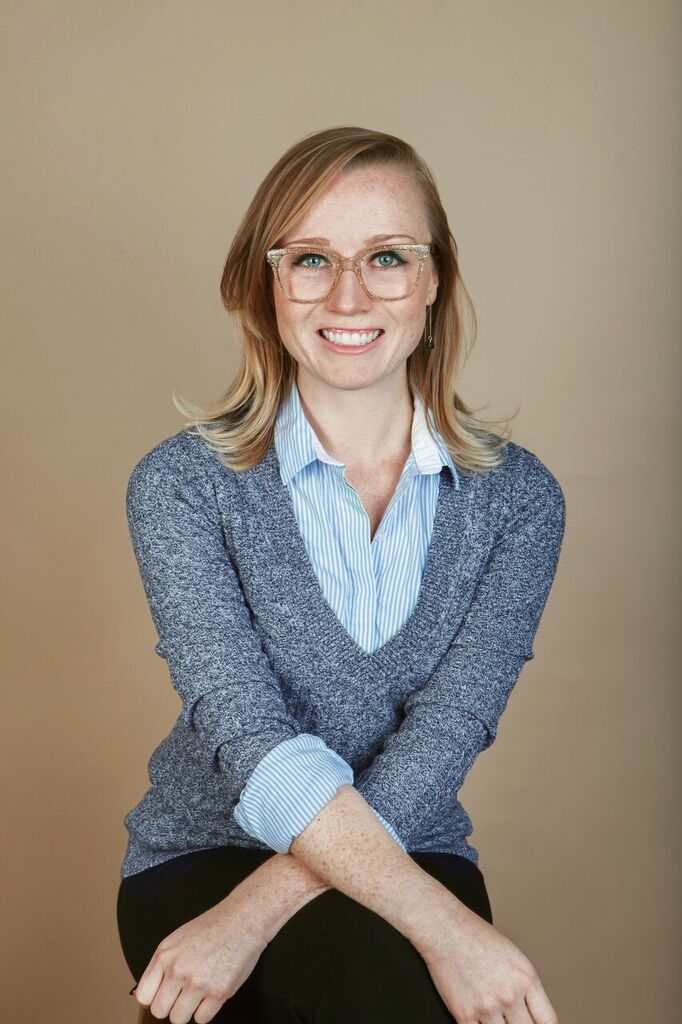 The first thing to note is that, when I say “no experience”, that’s specific to software engineering, not life. Chloe started out (as many of us do) in school, and earned her BA in Theatre Performance at SF State. And, while jobs coming from that discipline are thought to be some of the more lucrative of the creative arts, it was still hard to keep the lights on:

Be careful to note that the choice to pursue greener pastures wasn’t due to a lack of commitment. Chloe kept on acting, just alongside other hustles:

“I was working 9 to 5, Monday to Friday – evenings and weekends, my life was totally different. It was this Super Woman scenario where I was taking a bow on stage and people were clapping and throwing flowers, and then I’d go to work in the morning and I’d be loading Le Croix in a fridge.”

She started work with Yelp in “one of those sales-kind-of-cold-calling-thing” positions and, again, found it wasn’t for her. She transitioned into posts as PA to multiple people in different tech start-ups because the environment always kept drawing her back in. She “really liked the whole vibe.” 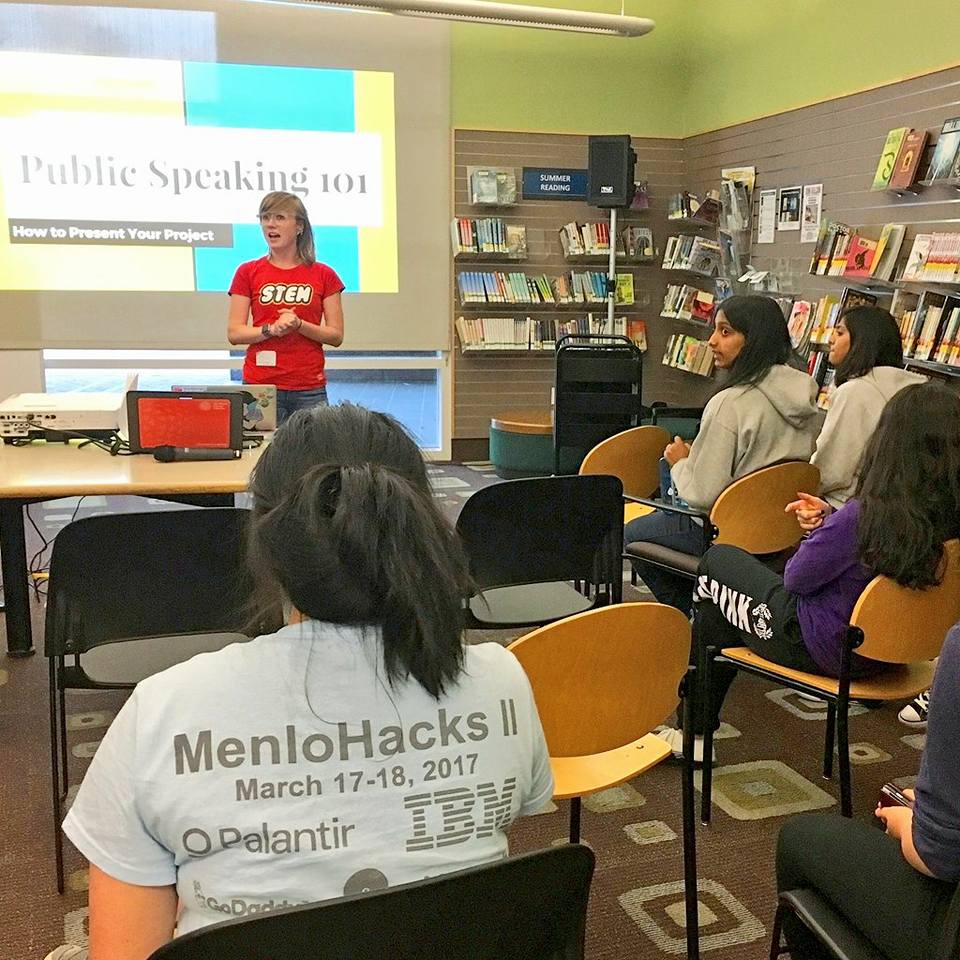 But, just because you really like the look of Yankee stadium, that doesn’t mean you should play basketball there. (And it definitely doesn’t mean that you should use sports analogies, but it seems I already have.)

For the second time, we have a woman who’s not alone; women make up 12% of the engineering force when you look (as the CEO of Pinterest has) at a sample of large tech companies globally. A number that low is enough to disenfranchise women but some, like Chloe, rise above.

It’s Never Too Late to Learn

Acronyms are one of the most intimidating obstacles I’ve faced when starting any new job. To me, they’re the encrypted lingo used only by experts. They’ve used those terms so often and with such brilliance that they’ve abbreviated them to save on their precious, very important, indispensable time.

So, as you’d imagine, I asked how Chloe got started in the face of all that:

“It wasn’t really until I saw a talk at Google for young, young women where they were replacing characters in Nickelodeon and Disney that I thought ‘I wish I had had exposure to coding when I was younger.’ I googled Girls Who Code and got kind of frustrated because I thought, ‘I guess my ship has sailed.’”

But there were forces at play for the adult women among us as well. Chloe’s partner (a fellow engineer) explained that there are lots of resources availble online which she then began to dabble in.

What really made the passion stick, though, was her choice to go back to school. Sort of.

Remember Where You Came From

“Hackbright is this full-time, all-female software engineering bootcamp that I took part in. The way that I came around to my current role was when we were presenting our final projects. All the women were so scared to do public speaking, and here I was as an actress thinking ‘This is the easiest, best part!’” 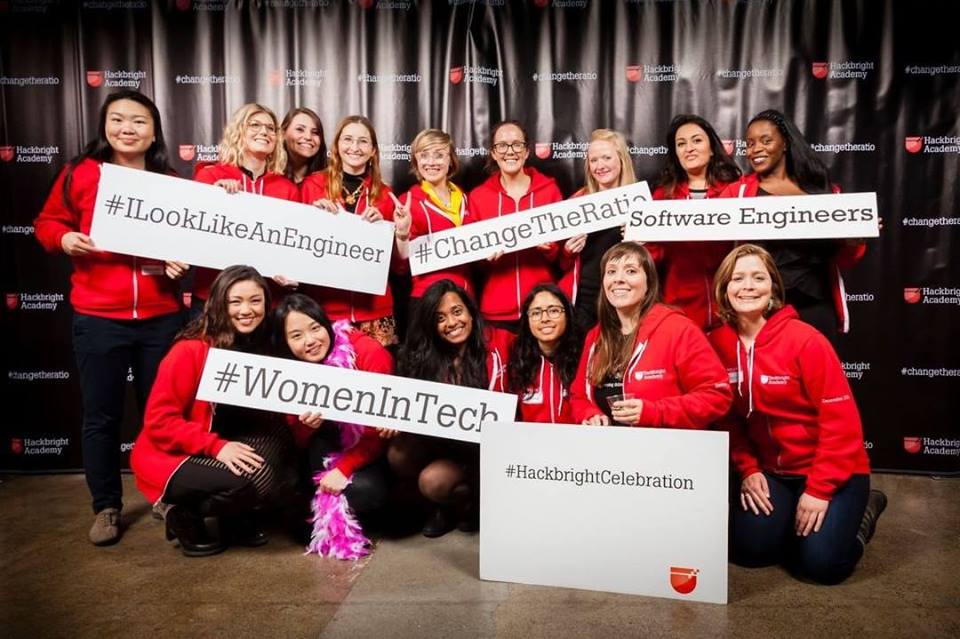 Interestingly, Chloe’s in good company when it comes to her public persona. While the gauche stereotype is to consider those who programme to be suppressed loners (which I say with the loudest “no offense”), research into how developers self-identify tells us otherwise: 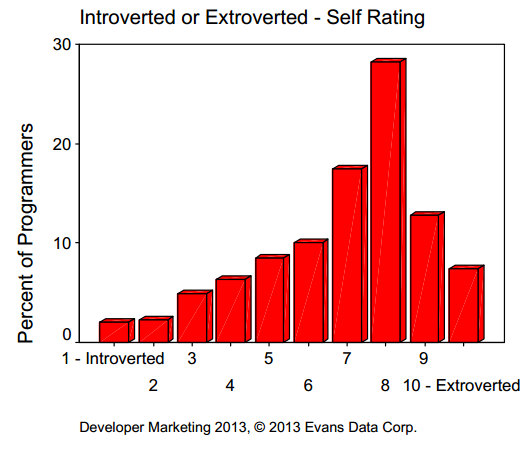 Despite this, being an 8 for extroversion isn’t all anyone is as a person:

“There’s something that you have that other people that have been in this industry forever don’t. There was another woman that came from a theatre background that I heard speaking at RubyConf. In the theatre you have to deal with such a variety of personalities: really excited new actors, slightly jaded, older actors, and I find a lot of these characters show themselves in the engineering world as well. PMs are very similar to stage managers, so I kinda knew how to work with those kinds of relationships.”

Beyond the skills she already had and that she nurtured during her time at Hackbright, Chloe had to re-learn others:

“It took me a while to learn how to learn to programme. My entire college curriculum was memorisation. My first couple of weeks, it wasn’t really sticking with me. When I talked to my Teaching Assistant they explained you need to get your hands dirty and play with the code. Physically doing it is really important.

Interviewing as an engineer is so different from interviewing for everything else. Previously, I was like, ‘Here’s my resumé, I’m a nice person.’ Whereas with engineering it’s, ‘Solve this algorithm on a board.’”

As I’ve said, Chloe got there in the end; she’s now a Developer Evangelist on the Sentry team. With the confidence, smarts, and stage-presence of someone with her background, Chloe told me that she regularly feels like she’s a fraud:

“I’m going to go to this conference where everyone’s going to have a deep knowledge of Angular, or Ruby, or Python and I… [indiscernible noises like AROebuawe33298pub3ejbk] I don’t know enough!!!”

I’ve never spoken to anyone who hasn’t experienced imposter syndrome. And Chloe is someone and, hence, not an exception:

“I experience it. Every. Single. Day. All through engineering school, I told my partner ‘They’re gonna kick me out! They’re gonna find out I don’t know what I’m doing!’ And on the way to graduation, my partner said ‘I guess they’re not gonna kick you out then?’ and I said ‘There’s an hour! This can still happen.’”

Talk to the Fairy Godcoders

Unfortunately not everyone is so lucky as to date someone in their industry, let alone someone who’s in a place to be their mentor. Thankfully for the rest of us, Chloe pays back her good fortune:

“I get a lot of women with non-traditional backgrounds that reach out to me looking for mentorship. I usually just say ‘I’m happy to help you.’ Just asking is always the best way. I know so many people who’ve said ‘I reached out to the CEO. I just emailed them and now they’re my mentor.” 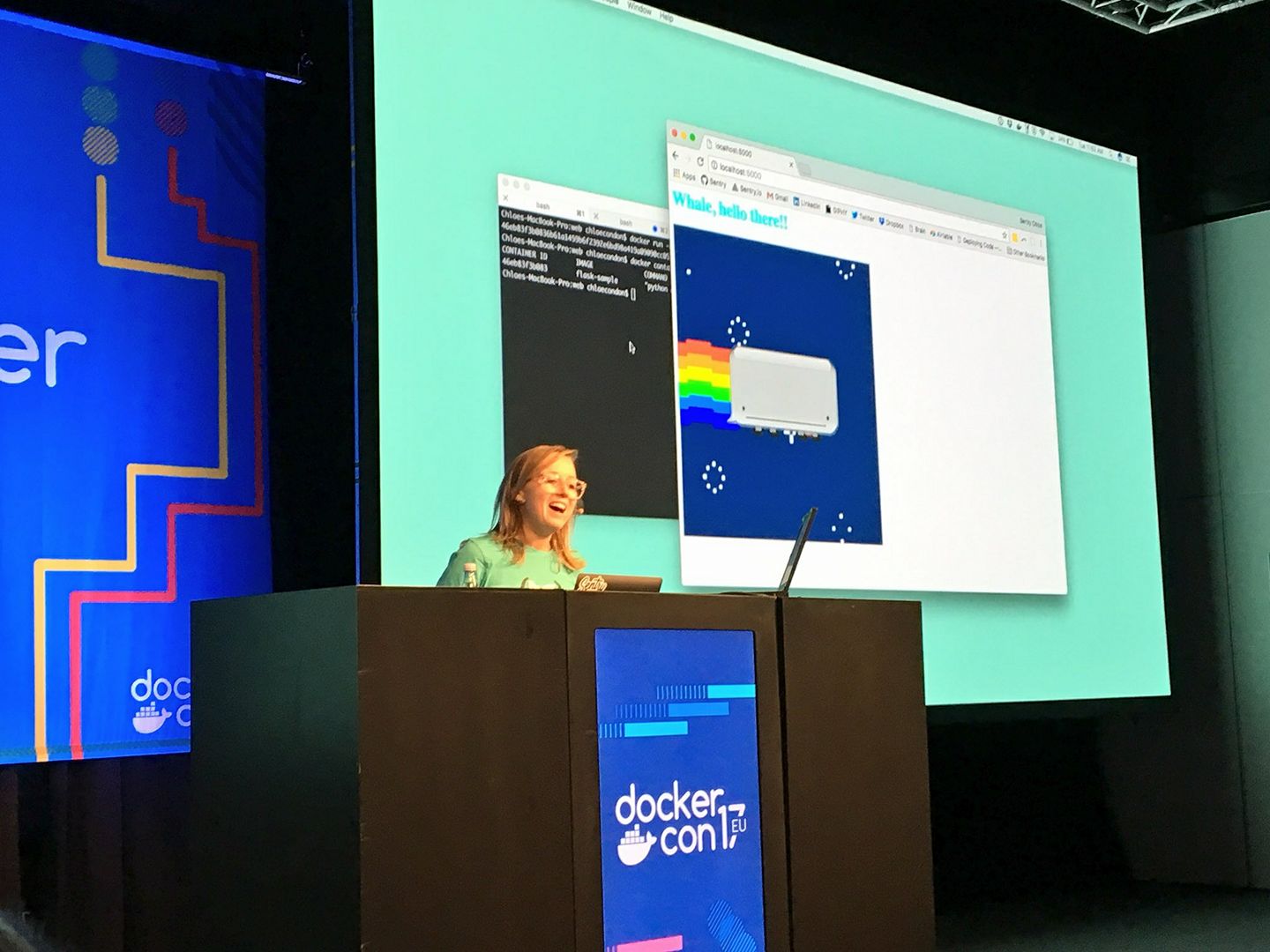 Mentorship is known to have an influence on positive behaviour, how motivated a person feels, and how effectively they can network and negotiate in their roles. Because of this, mentors are another benefit coding bootcamps like the one that Chloe attended have brought in as part of their curriculum:

“Hackbright paired us with three mentors which was awesome. Usually there’s always one woman, one working software engineer and one technical person.”

Now that Chloe’s established herself in the field, she’s spoken at a bunch of conferences from DockerCon to DevOps Days, and soon she’ll be speaking at ngATl.

While breaking into coding can be daunting, not least because of all the different responsibilities that allow people to fully learn from it, there are some reassurances we can take from those that went before us:

“Someone that is an expert at something, at one time didn’t know anything about it. Learning to fail is really important.”

And there’s only one thing that she would have done differently:

“I wish I had put my worrying into telling myself, ‘Okay, let’s just do this!’”

For more information on Sentry and Chloe’s work, you can find Sentry on their site and Chloe hard at work on her Medium.