From All Male Panels to the now infamous Google Memo to speakers boycotting events, diversity has come to the fore of the minds of those in business and events more and more in the recent past.
And someone had to fix it.

In the third-largest city of Finland, Tampere, a small group of 150 international representatives came together to talk about how they could improve the English-speaking business opportunities in the area in 2014.

In 2015, that quickly scaled to 800 attendees and this year it promises to be even larger.

With the same entrepreneurial spirit that guided their first endeavour, the team constantly look to what accelerates business and how they can frame the conference around these topics.

TWINKLE, the event in question, wants to help businesses discover the potential of diversity specifically this year. More particularly, the impact of diversity on business and economic growth.

I spoke with a few individuals involved, all with their own reasons and unique backgrounds that lead them to getting involved.

Turning Away from Tokenism

Imaneh Ameli began her journey as a volunteer at TWINKLE and quickly became their Secretary and a Board Member.

She holds a Masters Degree in Global and Transnational Studies from the University of Tampere.

A conflict that’s come out of many of my conversations running up to our blog’s series on diversity is that a lot of people want diversity, but they worry that – in the process of diversifying their field – they run the risk of coming off as tokenistic, so I asked her about it:

“TWINKLE Association has always aimed to educate companies to comprehend how diversity can be beneficial instead of demanding them to utilise it without internalising the value of it. We believe that our approach will gradually have a powerful, positive impact on the economy and business culture of the region.”

Instead of forcing diversity upon individuals and organisations as an inherent need, TWINKLE is working towards providing information on the associated advantages to solidify why diversity is so important.

In February, Indeed surveyed a little over 1,000 tech employees to gauge how educated they were on diversity thanks to efforts put in by their workplaces. 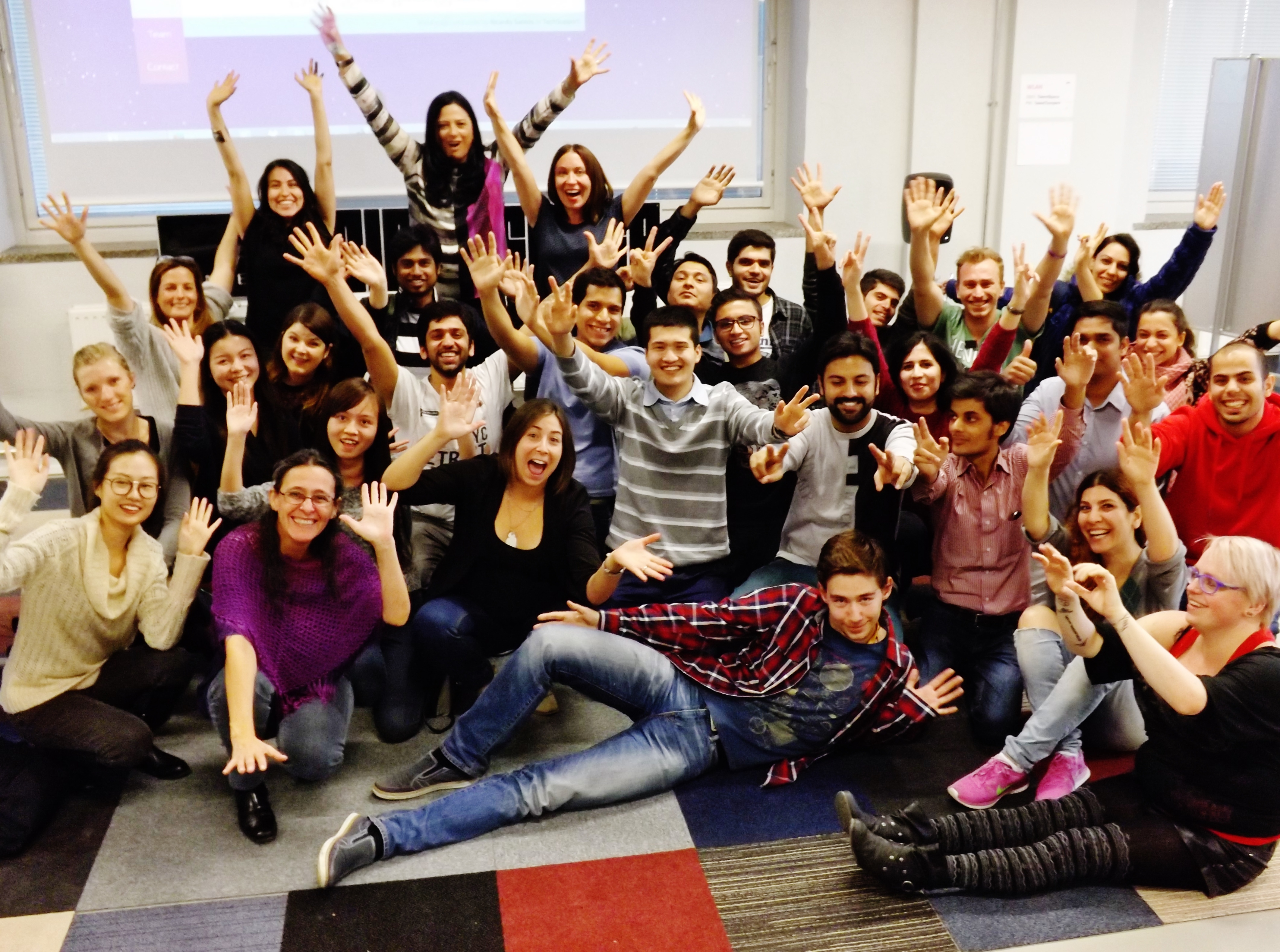 With that in mind, it’s easy to see where the gap emerges between organisations saying they support diversity and the ones that actually provide the information and action towards improving it.

It’s gladdening to see TWINKLE pushing against that tide to further the business case for diversity.

Beatriz Arze is the Chairperson of TWINKLE.

Born in Columbia, moving to Bolivia, Brazil, and now Finland, it’s easy to see where her appreciation of the value of combining cultures comes from.

“The TWINKLE event is not only about Diversity, but about how it co-exists with businesses and how it provides different perspectives and actions for innovation and growth. So, what we are doing with TWINKLE 2017 event is to merge them all together, to share experiences and to co-create in a diverse environment, focusing on development and growth.”

As I said, the first incarnation of TWINKLE took place in 2014 – three years on, the conference has developed in tandem with the progression of the business world:

“As the spread of different cultures is growing faster than ever before the world of business has become more colorful, consisting of people from all different backgrounds, religions, and elasticities. With this spread, we have come to face new challenges in the way we do business.”

For context on just how vast the explosion of digital globalisation has been in recent years, let’s have a look at the numbers:

914 million people have at least one international connection on social media, and 360 million take part in cross-border e-commerce.

In this way, TWINKLE wants to embody the landscape of modern business by bringing together a varied set of attendees, speakers, and organisers.

TWINKLE works with First Ingredient Oy on the production of the conference. Yacin Dehairi is another globetrotter involved with the proceedings.

From the UAE, to London and finally his current haunt of Tampere, Yacin is just as invested in diversity as his colleagues.

One of the fundamental reasons TWINKLE focuses on diversity is the potential that different points of view have to help businesses to better themselves:

“These kinds of events give businesses understanding and the ability to strategise, communicate and deliver accordingly to market segments, in the correct language.”

It seems that the business world itself is beginning to catch on to this benefit as well. According to Atlassian’s 2017 Diversity Survey, 58% of companies provide event sponsorships to help increase diversity and inclusion.

TWINKLE 2017 champions diversity in its speaker roster as another part of its pragmatism:

By integrating a wider variety of people from different backgrounds, ethnicities, abilities and viewpoints, TWINKLE aims to enable business development in a way that makes products, services and workplaces more advantageous:

“They [companies] should create a sense of psychological safety to encourage people to reveal and deploy their different modes of thinking. Cognitive diversity influences individual team members’ creativity and the overall team performance in solving complex tasks. We discovered that the different perspectives, understandings of problems and possible solutions made interactions within the team more efficient.”

And there’s reason to believe Yacin’s projection: a study by Deloitte found that, over 3 years, diverse companies see 2.3 times the cash flow per employee when compared to their less diverse peers.

Looking to the Future

Imaneh has written in the past on the TWINKLE blog about the impact diversity has on innovation (with citations!):

TWINKLE Association is attempting to make the value of diversity more visible in the first place and educate companies in learning how to manage and utilize this precious capital. In other words, the Twinkle movement believes that creativity and innovation are the most needed elements for promoting businesses in Finland and diversity accelerates this process.

Before this interview, I only knew about Tampere because it has a museum fully dedicated to Moomins.

You can imagine my delight when I got to be educated by a team so well-informed and fully capable of pulling off an enriching event that reflects the diversity of our real, professional lives. 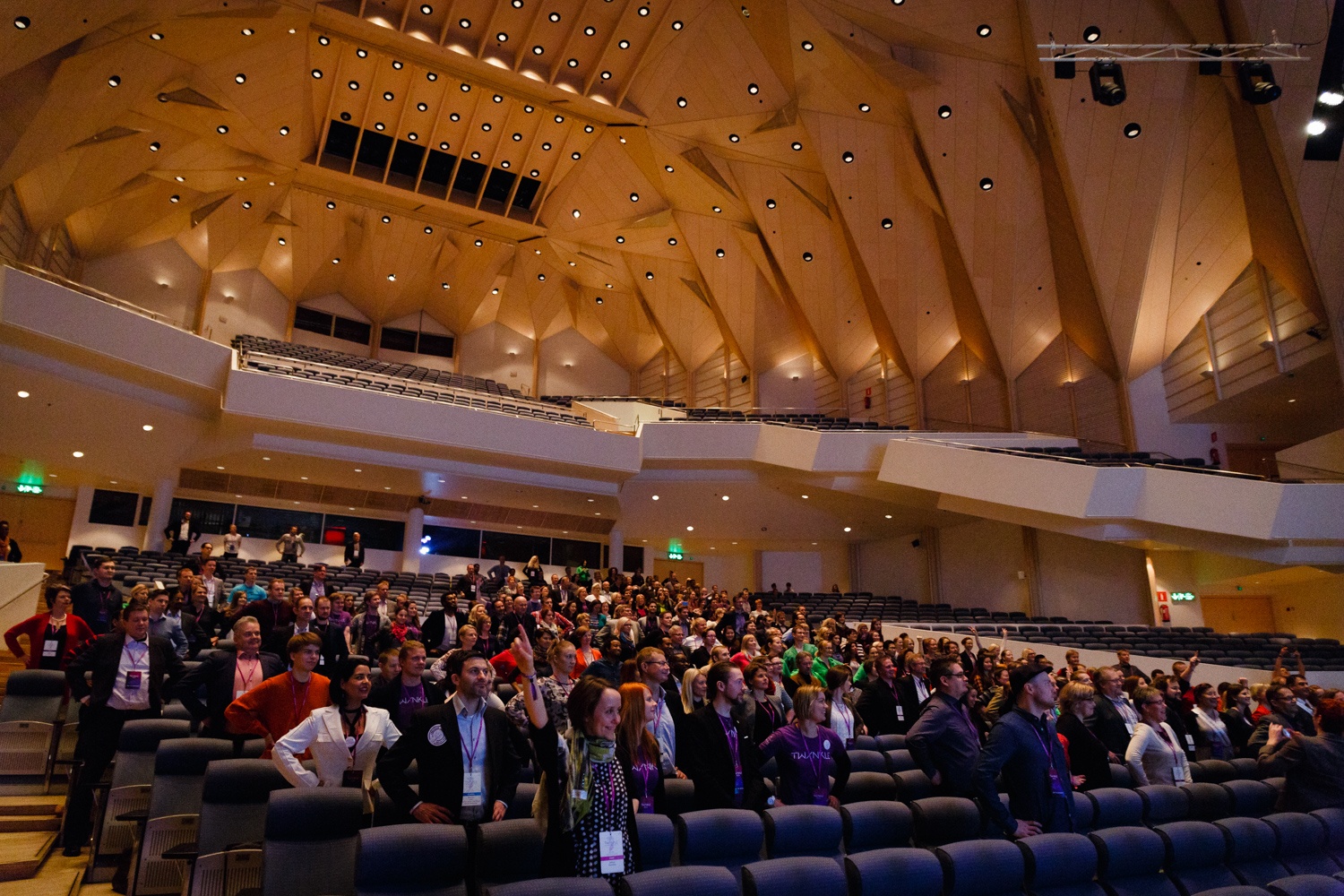 TWINKLE will take place on December 13th and 14th, 2017. You can find more details on the event website if you’d like to learn some more about making a business case for diversity at your own event.