Amy Crimmens is the Community Manager for Red Badger; a digital consultancy that’s heavily involved with the tech community in east London and beyond.

Amy’s been at Red Badger for three years and, in that time, has organized Red Badger’s role as a sponsor to multiple conferences. Among them, she and her team have worked with UX London, Leading Design, and React Europe.

This year, Red Badger ran their first conference: React London 2017, and so she sat on the other side of the table where it was her that was looking for sponsors:

When we sponsored a conference, I wrote down everything we thought was good at that conference to put that into practice.

Turns out, she’s put those skills to good use. For this – the organization’s first full-day conference – they sold 700 tickets to a resoundingly happy audience.

(If you’re looking for inspiration for your next sponsorship deck, we’ve made a resource for that here.)

I wanted to dig into what specifics she used from her experience as a sponsor to treat her sponsors well and, with a flourish of her charming Geordie accent, she shared them:

When You Ask a Question, Ask Another

Amy gave me a call to facilitate this interview, so I wasn’t surprised when she turned out to be meticulously considerate.

She told me about how she dealt with her sponsors’ needs ahead of time, and how she found out what their requirements were.

“At the very end [of the registration form] we put a very open question: is there anything else we can help with?”

Before I got to speak with Amy, I assumed that sponsors’ demands were akin to those of rock stars; that they’d ask for some ridiculous perk as a display of their importance. Like Jack White that time his backstage and tour bus were parts of a “NO BANANA TOUR.”

Thankfully, I was wrong.

Amy told us that she was able to facilitate a need from one attendee that was quite a bit more wholesome: a prayer room.

Amy was quite humble when she mentioned the things involved in providing a resource like this. She mentioned “a sink and religious texts”, for example.

But, being facilitated with a place to practice faith, reflect and engage with spiritual contemplation in a conference environment where everything moves so quickly that it seems to buzz is quite the appreciable escape.

And one which she never would have been able to provide had it not been for her commitment to asking questions and need for people to enjoy themselves:

“It’s very much so about just talking. We looked for other things that make people more comfortable and if there was anything else we could help with.”

Communicate with Sponsors and Attendees in Real Time

“We had a large number of attendees on a Slack channel. We used it so people could ask simple things like ‘Is anybody else feeling a little bit chilly in here?’”

Small things like temperature might seem less urgent when event organizers are juggling fires but a complaint, no matter how small, might stick around after the event and be the one thing your sponsor highlights when remembering an otherwise lovely event. So, best deal with them quickly.

Instant messaging apps like Slack keep the event team abreast with issues as they come up. Particularly useful when you think about the larger problems that can come up like breaches in codes of conduct, safety issues, etc. Those are the ones that are potential deal-breakers for a second event with the sponsors who notice them going undealt with. 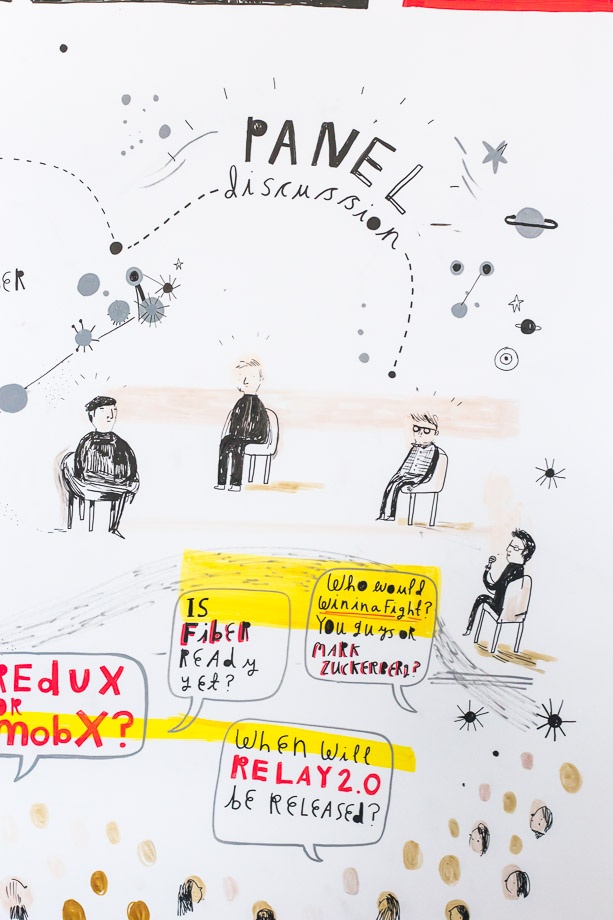 Besides the prayer room, Red Badger had a few more dazzlingly considerate rooms in mind to make their sponsors and attendees even happier:

In an ideal world, every event would have a Bat-Signal for use by attendees who need help from the org team. But that might be tacky outside of Comic Con.

In lieu of that, Amy rallied her team together:

“So many of my team were involved – engineers and people from every discipline made up the volunteer team. It was like a team building exercise as well as everything else having so many of them there.”

They all wore Red Badger t-shirts which were… well, red. Which, as you can imagine, is bright enough to be spotted in a conference crowd when you’re looking for help either as a sponsor or a regular attendee. 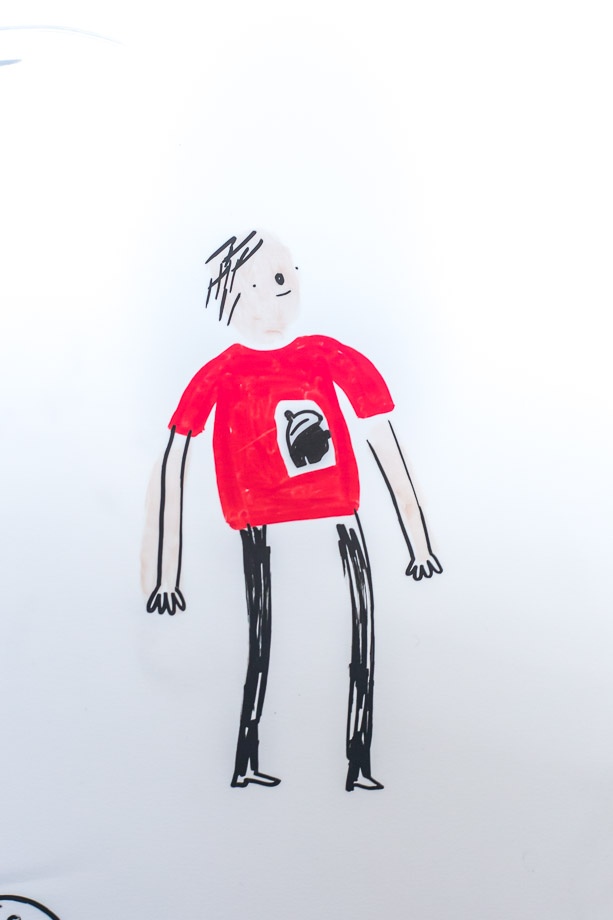 Having different members of the team involved also meant that there was always someone on hand to handle the various kinds of questions that attendees come up with.

Amy was consistently humble, despite her success. And, in a nugget of that humility, she underlined the simplest fact that I suspect was the key to her smooth ride:

“I like that I’ve been on both sides. Being a sponsor, and being the best for the sponsors we could. We wanted everyone on the day to enjoy it, not just those that paid for it.”

It may seem obvious, but sponsors are a big deal. Amy makes it clear that, the more they’re taken on board, the more they’ll contribute to the success of the event. So, don’t be afraid to think outside the box when it comes to making the sponsor feel involved.

If you fancy checking out some more of the work Red Badger have done, you can find them via this link or on Twitter, alongside Amy.

If you’re here for more info on sponsors, we’ve created a calculator for estimating how much funding you should be asking for event sponsorship. You can access it via the button below.