It’s tempting to avoid innovation when it comes to events. You may be thinking, “checking in 500 attendees by paper worked fine for me last year despite my wrist getting repetitive strain injury… anyhow there’s too many trees in the world.”

Trust us, it’s okay to experiment with the creation of your event. Aim to try one new idea for your next event. In this article Lynn Grogan, event producer for Clojure Conferences, and Alex Norman, founder of Tech Toronto, share with us the technology they use for their pre-event and on the day event planning.

This is a “to-do” app. You can add team members, attach files and have checklists. Event planning, for the most part, is repetitive so you can create a master “to-do” list which you can duplicate and edit for future events. Lynn, pictured above, raves about Asana, “I have a master conference list that has every single task broken down to the very basic level. If I had to send out an email newsletter, there would be an action item by date for creating the newsletter and having it proofed and then for sending it out.”

Lynn adds, “I also have a master list without due dates attached to it, and then for each conference I will locate the list, and then edit it accordingly for example for our European conferences we have to organize a VAT number, but for our US conferences we don’t. I will curate things that we need and don’t need, and then attach dates to everything, it’s made a huge positive difference.”

“Wufoo is a great way to manage a call for proposals,” says Lynn.

It’s an online form building platform that allows users to create pages to accept proposals without needing to code them manually.

Another one that we at Tito think you should add to the list is Papercall. Tito is integrated with Papercall, a service that enables event organizers to easily manage their call for papers and talk submissions.

Wahey! It’s us! Lynn sings our praises, “Tito messages has been really helpful to target market. It’s very straightforward. We can for example, send an email to a ticket list from last year.”

You can use Tito to check your guests in at the door of your event using our check-in tool. Tito provides a web-based check-in tool that works on desktop web browsers and most modern mobile web browsers, along with an iOS app that can be used to scan the barcodes on tickets that are generated by the lovely folks at Tito. 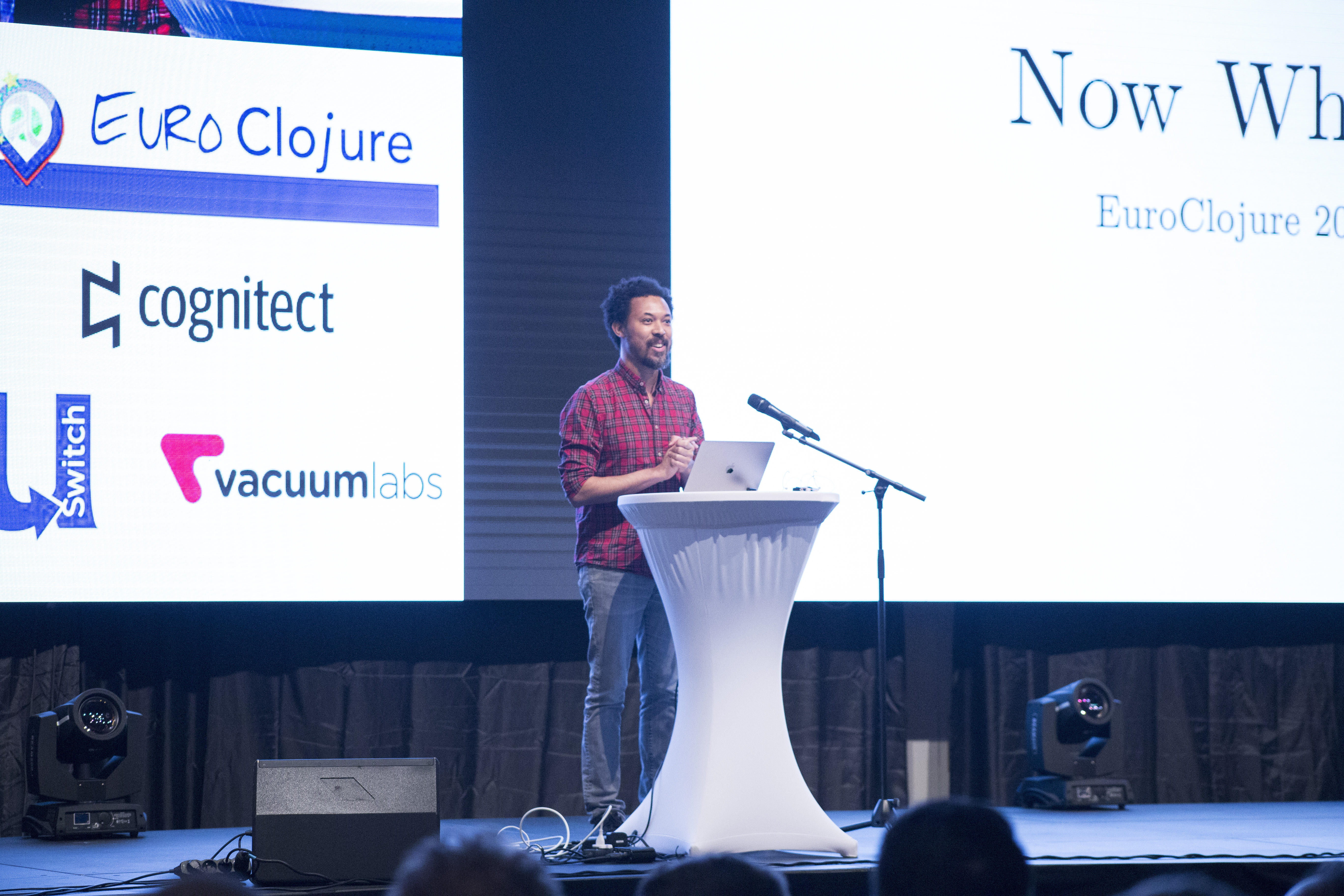 You’re probably very familiar with Slack* already in your workplace but have you ever considered using it during an event? Lynn has, and the results have been great.

“We create a private Slack channel for the conference itself, and then we allow people to create their own channels. We have a general channel that has something regarding travel. Then there’s a hiring channel, that way sponsors and potential employers can all interact. A lot of the time if somebody’s looking for a job and they’re at a conference with their company, they don’t necessarily want to walk up to the sponsor table or make that public, so it provides a private venue for people if they want to.”

Lynn discovered that Slack is also an excellent feedback channel. “If an attendee has something they are concerned about, or if they want to make a complaint, it’s a direct line to the organizers rather than complaining on Twitter, which is so public. We added it within the last year and it’s been extremely popular.”

*Tito also has an integration with it.

Okay, okay, YouTube isn’t anything new, but events tend to overlook it. They either use it to advertise their event to push ticket sales, or they use it as a post-event advert consisting of snippets of how amazing it was.

Timing is everything when using YouTube for events, Lynn has nailed how to make the most out of it. “In the US we do same-day edits. We publish online within five or three hours of the talk. Our videographers upload directly to YouTube.

We have a Clojure TV YouTube channel, and that has been extremely popular, because people at the conference can really focus on networking and talking to people, and then they can go back to their hotel room later and watch a talk or on the plane ride back.”

If the emphasis of your event is for people to make connections, then do them a favour and record technical talks. It takes pressure off the attendee and conserves their energy for the duration of the conference.

“Tech Toronto is a grassroots organization focused on strengthening the tech ecosystems in Toronto, Waterloo, and Vancouver. We do it via research events and advocacy. We live by the motto of putting community first and that has made us really successful,” says Alex.

Attendees have a blast at Tech Toronto and that’s because it’s fun, they like to play around with event hardware like Double. It’s, ‘the world’s leading telepresence robot.’ Double helps telecommuters feel more connected to their colleagues by giving them a physical presence where they can’t be in person, whether it’s the office, classroom, or conference.”

It has the most apt name because you will jerk like a duck listening to funk when you’re on this self-described, “personal transportation device.” Alex has had a host zip around the event on one of them. It brings quirkiness to proceedings!

Alex admits that the format of Tech Toronto is solid but that doesn’t stop him from trying something new even if it didn’t work out great.

For the Q&A portion of the event they experimented with Catchbox. “You throw them at someone and then they can ask a question. They’re really cool looking, but the sound quality wasn’t great no matter what we did. So it was very fun, very visual, looks great but the sound quality lowered the experience.”

Even if your event is not targeted at a tech audience, don’t shy away from it. It can add humour and act as an icebreaker. WowWee’s MiP can also encourage innovation amongst your attendees. Attendees can download SDKs for their preferred platform and build an own to control MiP using BLE-enabled smartphones, tablets and other devices. 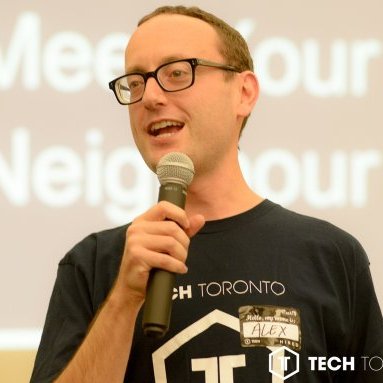 We’ll leave the last words to Alex, pictured above, “you should always iterate on your event. I think you should constantly be trying to make everything one percent better, that’s definitely something I would recommend!”