In 2014, the IAA and Carr Communications were awarded ‘Best Event’ from the PRII for the IAA’s Flightfest where 150,000 people lined the streets of Dublin to watch over 30 full-size aircraft, including an Airbus A389 fly up the Liffey.

Event organisers spend a lot of time analysing what went well at their events and using that information to improve what they produce in the future.

Often, it’s hard to get a grasp on the many things that you can potentially measure to sell more tickets, make attendees happier and keep staff motivated. It can be hard to figure out what makes all these people tick and how you can apply what you know about them to optimise their experiences.

I spoke with Amy and Eimear, both working for Carr Communications and experts in behavioural science, to get a grasp of how their years spent studying human behaviour can inform the event organisation process.

What is behavioural science?

Before we begin, it’s worth noting what the foundations of behavioural science are, and why they’re relevant to the events industry in the first place:

Behavioural Science brings together thinking from economics, psychology, and social sciences to understand why people behave the way they do.

“People are irrational and do not always act in the ways we might expect. They frequently do things that are not in their best interests, and communication needs to take account of this irrationality.

There are hundreds of biases and ‘heuristics’ (shortcuts in people’s decision making) that influence human behaviour. We’ve narrowed what we believe are the most important of these to Six Core Fundamentals and use these in our work to highlight how people think and behave, and apply learnings from these across our business:

From here, Eimear and Amy shared some innovative ways to optimise your event based on these principals, and applied to real-life circumstances:

While not everything can be measured in nickles and dimes, focusing on income is something an event organiser has to keep in mind in order for their event to survive.

That’s why I wanted to know what makes people tick.

Why is it that people buy what they buy? What makes them choose your event over your competitors? How can you make sure you’ve optimised your efforts to ensure you get sales?

“We are often lead to believe that price is one of the main determinants of whether people will make a purchase or take up a service. Actually, the research shows that contextual factors play an equal, if not more profound role in these decisions.

That’s because people tend to take the path of least resistance in most things in life, looking for an easier option – that’s why we sign up for direct debits, take out credit cards, and fail to take up deals, simply because of the hassle, or perceived hassle, of doing so.

Something as simple as an unclear website, a complex pricing structure, or a long-time horizon to the event, can often act as barriers to people acting on the purchase decision.”

“So, first and foremost, make it easy for them. ‘Make it easy’ is the mantra of Nobel prize winning Behavioural Economist, Richard Thaler. He has transformed the pensions industry simply by making it easy for people to have a pension through defaulting people into schemes. It is still easy for them to opt-out, but by opting-in, it removes the hassle of filling out the previous forms and the majority of people stick with a scheme, once defaulted into it.” 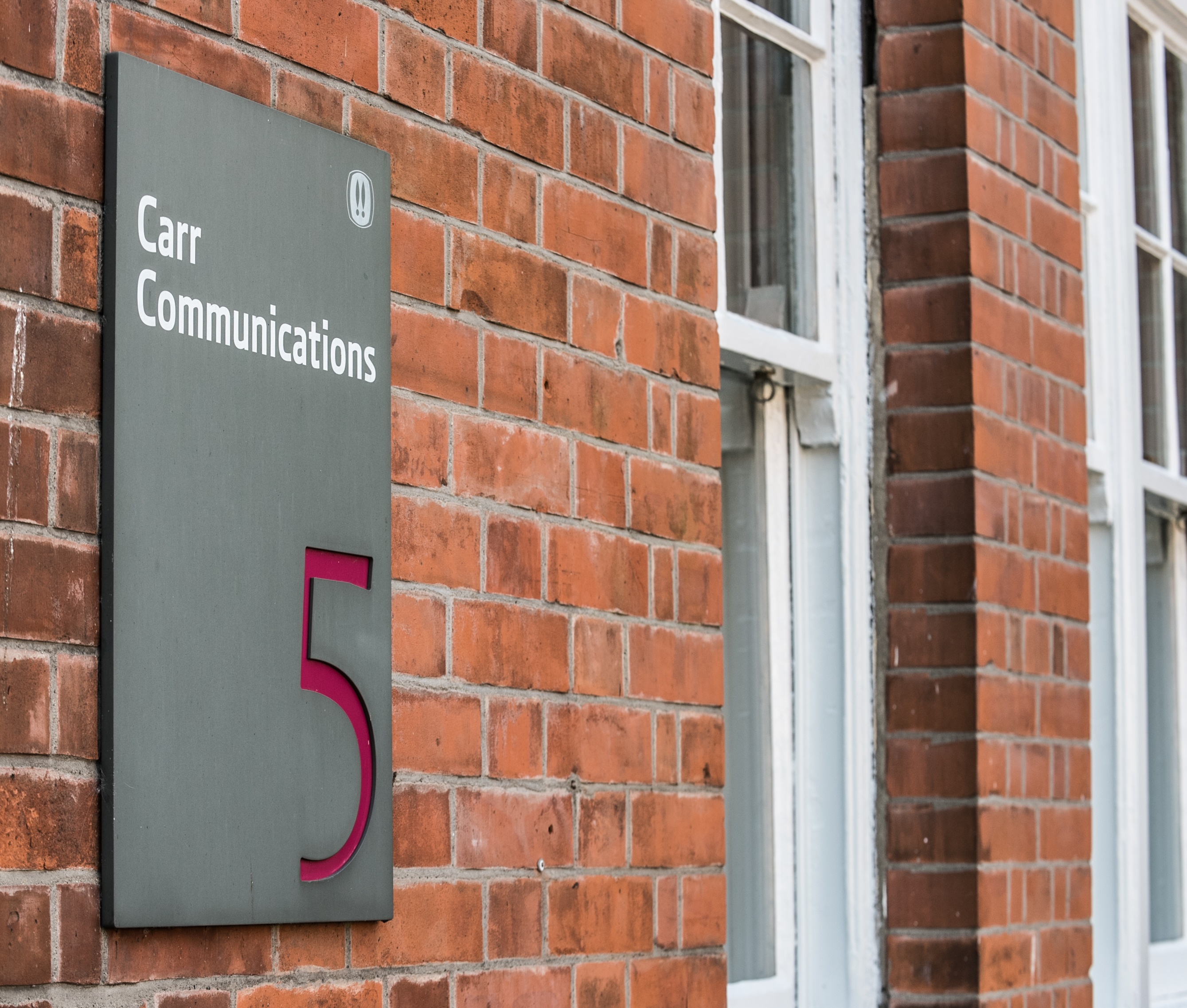 All but one is a ticket type.

Almost everyone loves a bargain, but I’ve always been curious as to why people would rather plan their availability almost a year in advance in some cases for the sake of $100. And they do. And here’s the answer:

These approaches make great use of three key concepts from behavioural science – scarcity, anchoring and commitment.

3) How to deal with “cognitive bandwidth”

It’s been said that the attention span of an average, adult human is eight seconds.

That’s a lot to battle with, given that most events will have (literal) bright lights, big sounds, and throngs of people. So, what do you do about that?

Attendees have come to experience what you’ve promised them, so how do you live up to the expectation that you’re going to keep them engaged and happy throughout the 24-48 hours you’re responsible for them?

The most important element of an event is the people attending. Bear in mind that people have a limited amount of attention to give, or ‘cognitive bandwidth’ as behavioural scientists call it.

“That means that people, despite their best efforts, can only take on so much information in one sitting. A way to counter that is to break up your event, for example, by having different styles of talks and workshops throughout the day. Here are three simple elements we include in our events, and we’ve found these to be highly effective at keeping the audience engaged throughout the day. 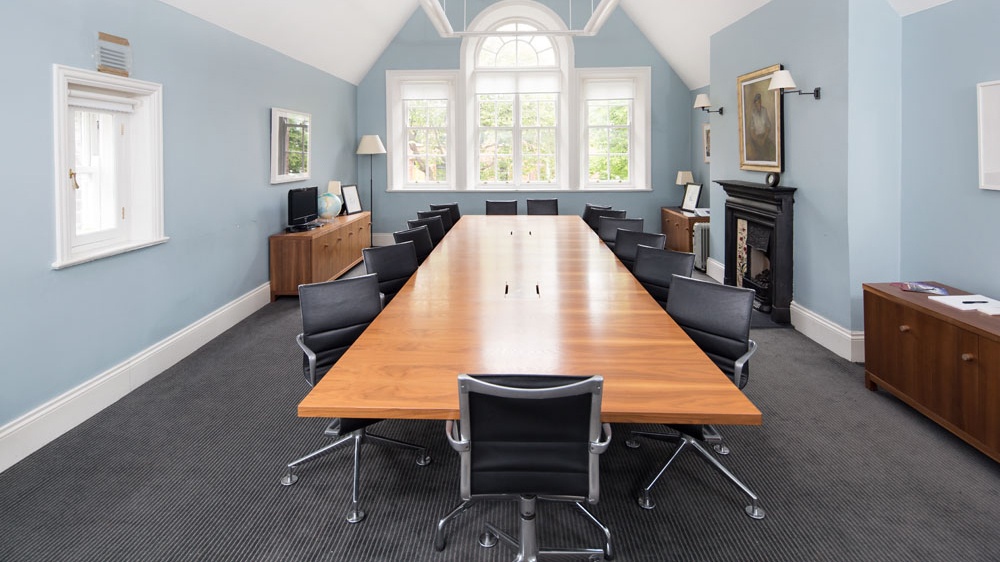 4) How to motivate event staff

While I have the utmost respect for anyone going the event planning road alone, a well-oiled team is something that almost any organiser is limitlessly thankful for.

Much like the attendees, sponsors, and speakers, keeping a hard-working, usually tired group of volunteers or employees motivated throughout the course of the event is an evergreen challenge. Here’s what Amy and Eimear had to tell me about keeping spirits up, and eyes open:

Behavioural science has shown that people are motivated by more than money.

“People are engaged in an organisation when there is trust among the team, people show gratitude to one and other, and show their purpose and meaning in the event with clarity over their role and responsibilities.

Trust among a team of event staff means they can rely on each other to deliver and help each other out, but it also goes deeper. In the event-planning process, trust means that everyone can share their ideas without fear of judgement from others, and know their ideas won’t be shot down.

People can speak up and challenge one another in that early planning process, and everyone can then buy into the final event plan. This means that when it comes to the day of the event, everyone is bought in to the day, and that connection will make them more invested in ensuring the event is a success. 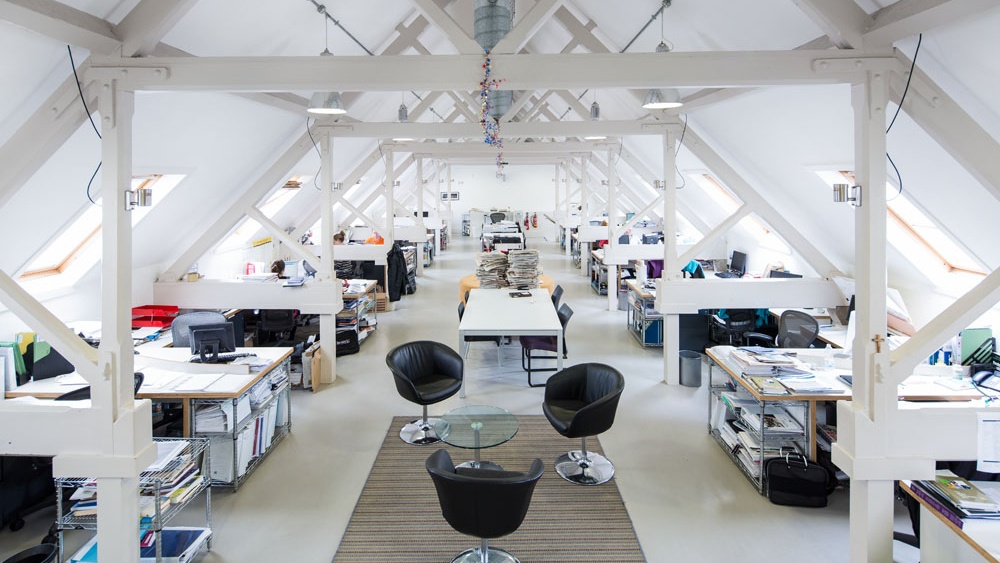 Gratitude is a simple way of motivating your team and keeping them engaged. A small human connection, for example a ‘thank you’, goes a long way. So thank your team throughout the day. Recognise that the event would not have been possible without every single one of them.

Finally, giving people clarity over their role and responsibilities, which links with their purpose and what matters to them in the event. Staff so often find themselves wanting to help at events but are not sure what to do. Giving that sort of clarity in advance of the event, even for what might seem a menial task will keep people motivated and engaged in the event throughout the day.”

5) How to optimise following up

I hate emails. And I love emails. I’m a marketer, and the catch-22 is that you have to use emails to communicate with people you want to work with, but you learn to hate irrelevant ones because they detract from a) the better emails that deserve your time and b) literally anything else more entertaining or pressing.

To shy away from the traditional, generic “thanks for coming!” message, the women of Carr Communications taught me a thing or two about innovative ways (that are informed by behavioural science) to actually reach and learn from your attendees post-event:

“We measure the success of our events by what people are saying during and after the event. We analyse the social media, we ask for feedback following events, and we measure attendance at follow-up events and services. 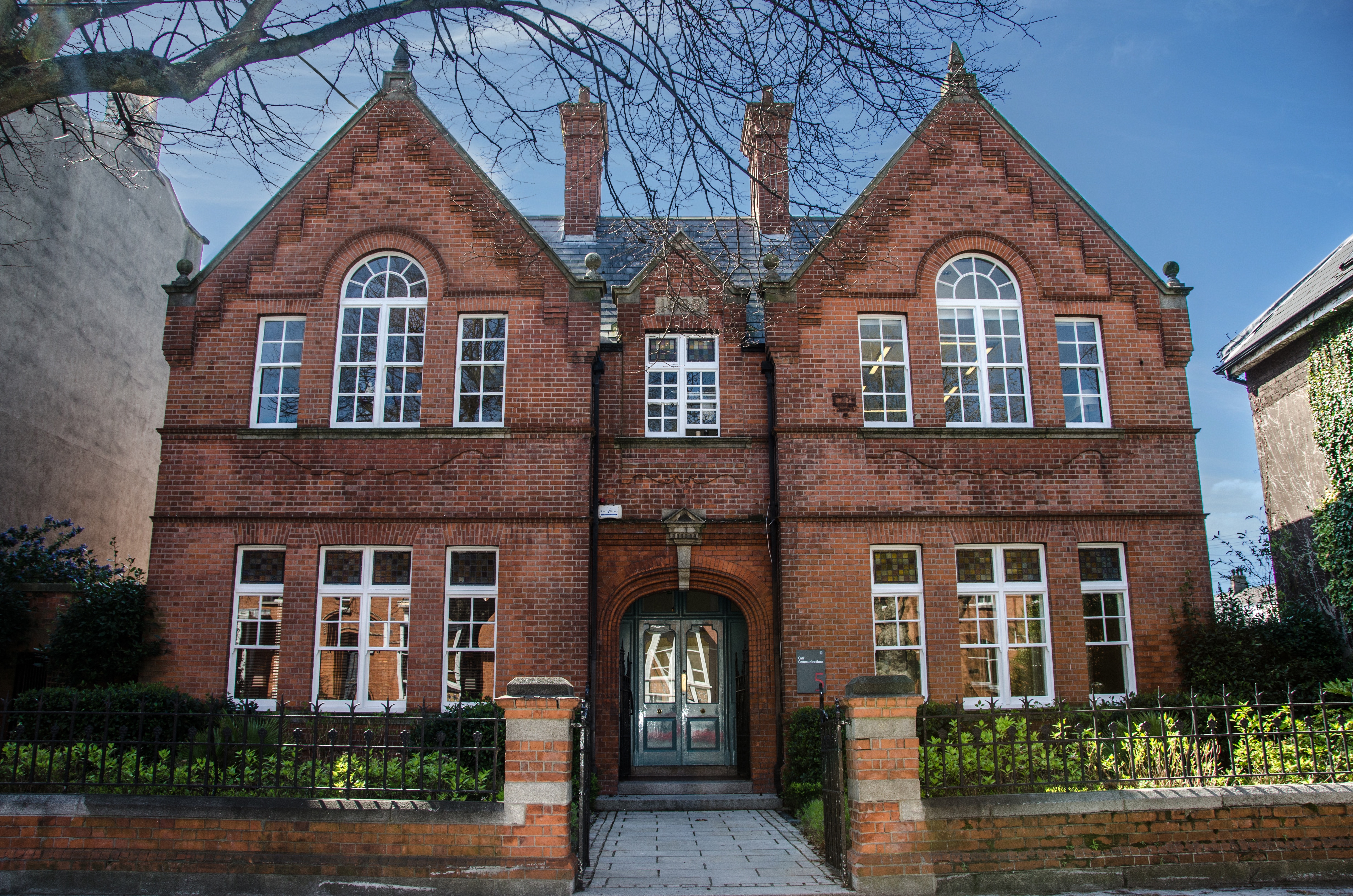 In particular when it comes to feedback, we use surveys to assess the feedback and engagement of attendees. It’s really critical this is done at the right time. We all know that feeling at the end of an event, when you really want to go home and are asked to fill out a form. So what we tend to do is to send the attendees an email survey a couple of days later when they have some time to fill it out properly, and ask them to give us their feedback on the event, what they took from it, and any recommendations for future events.

We find that people are much more likely to fill out the survey then, and the feedback we get is more comprehensive and informative.

The language around this communication is important. Create a sense of indebtedness by giving them something useful in that communication, and they’re more likely to fill it in. Thank them also for giving their feedback, and show them how that feedback will be used for future events.”

Hopefully you’ve gleaned some innovative ways to optimise your event from the examples above. Given the depth of information here, I thought it might be nice to a) thank the Carr Communications staff for taking the time out to share their thoughts and b) give you some more background about their areas of expertise: 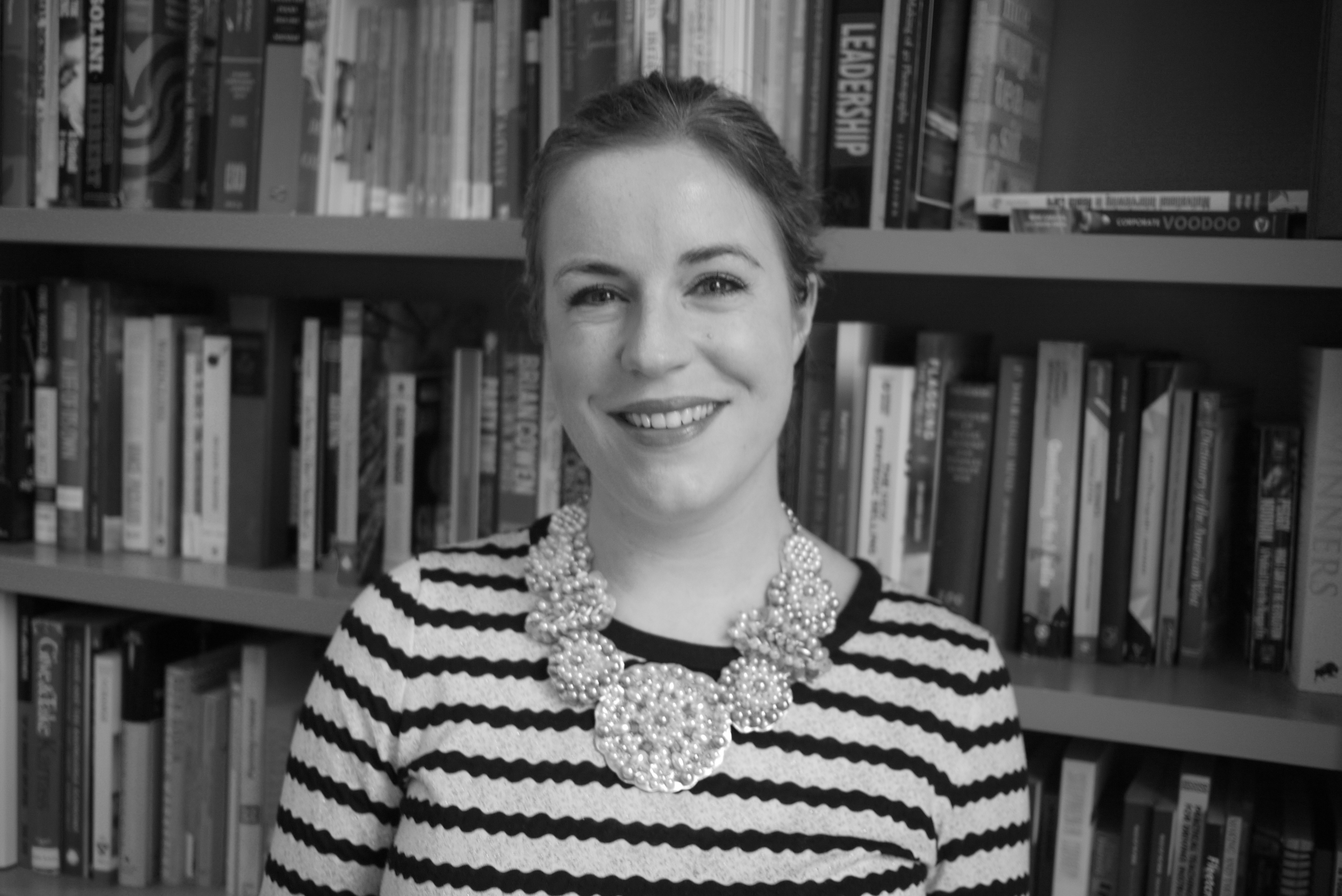 Eimear has worked with Carr Communications since 2007 and was appointed the company’s Head of PR Services in 2017. With over twelve years’ experience in PR, Eimear leads a team of eight consultants in the delivery of high-impact communications strategies to a range of clients in the public and private sector.

In her role, Eimear works closely with Senior Management teams to scope, develop and deliver a strategic approach to communications. Eimear is a Single Honours graduate of English Literature and Psychology from University College Cork, a postgraduate of Fitzwilliam Institute, and a full member of the Public Relations Institute of Ireland (MPRII).

She is also on the Board of the Dublin City Volunteer Centre which helps individuals to find meaningful opportunities to volunteer and to build the capacity for not-for-profit organisations to involve volunteers in their work. 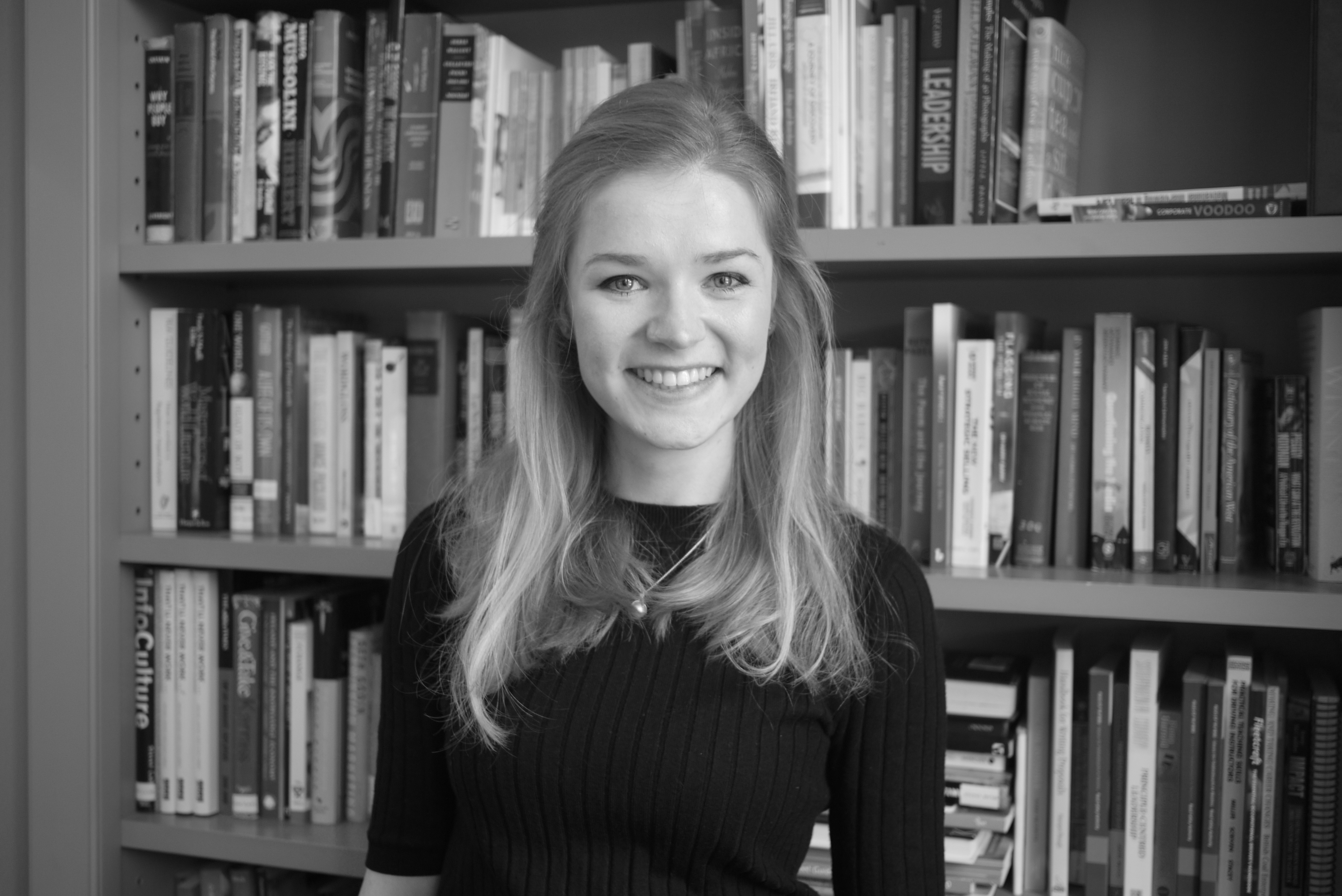 Amy is our in-house consultant in behavioural science, and is utterly fascinated by how people make decisions and behave. She applies her insights into human behaviour for our clients across our public relations, training,

As one of Ireland’s longest-established communications companies, Carr Communications has become a household brand name for media, public relations, communications, event management and business/management training and development. For more than four decades, the company has provided Public Relations, Media and Event Management Services of the highest standards and at every level.