Big city living is not for everyone. The rush, the noise, the lunch queues, the traffic, the crazy rent, food bills that make you weep, all of which comes together to whisper, “just keeping city living real for you, pal.”

There’s a risk that only hosting tech events in large cities can contribute to a lack of tech diversity. Catering only to economically comfortable, tech-literate city dwellers isolates rural dwellers from becoming part of the tech conversation.

The main fear that prevents people from leaving the likes of New York or London is that they’ll be isolated from like-minded people. But, is it possible to replicate the openness and exchange of ideas that cities provide?

Aaron Quint, co-founder of Catskills Conf, argues that it is. His approach is to attract that tech knowledge from major cities to his regional event whilst involving locals in the organisation of it.

A Brief Background on Catskills Conf 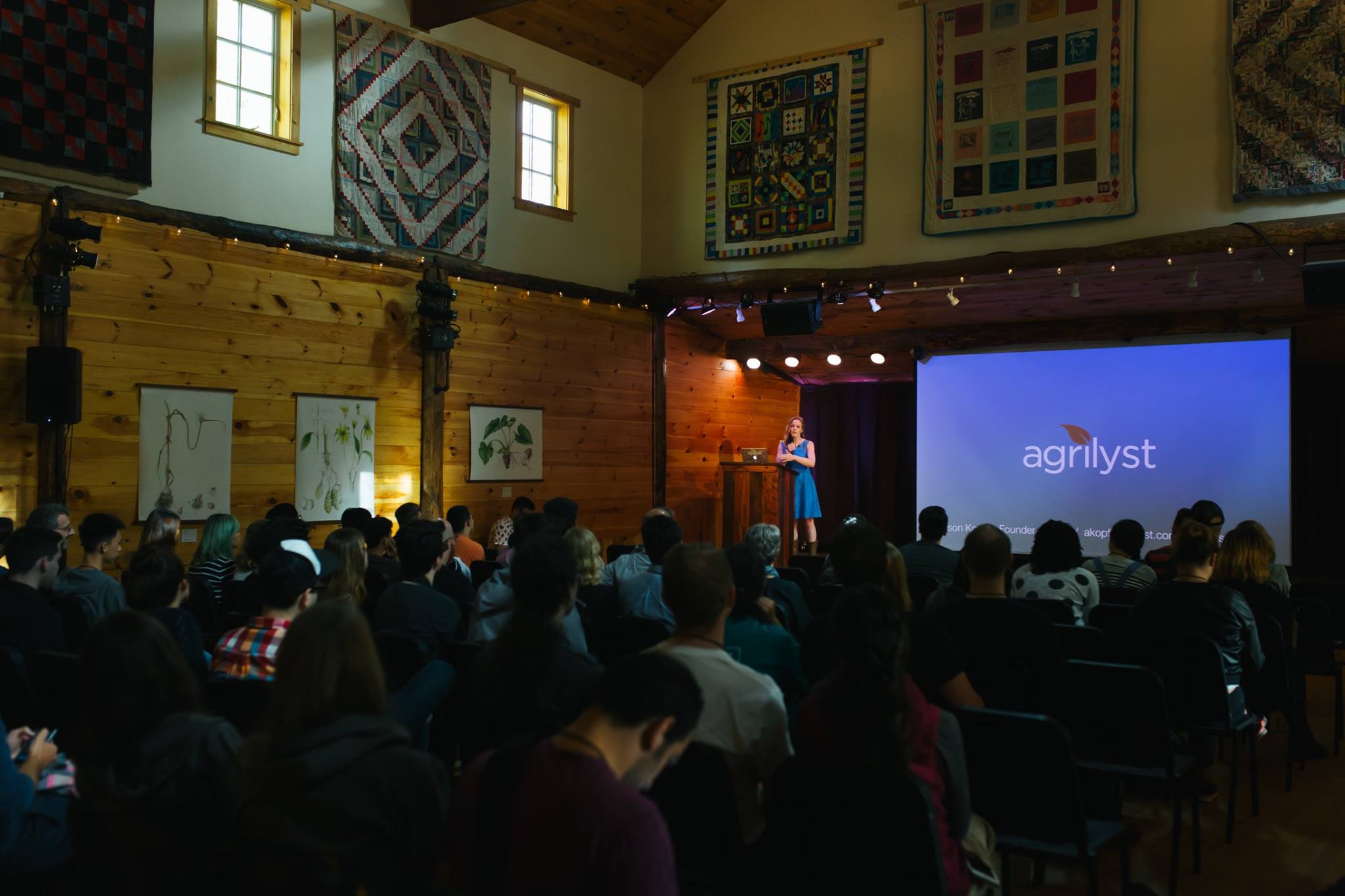 As stated on their website, “Catskills Conf is a gathering of Technologists and Creators at a retreat in the foothills of the Catskill Mountains. Our goal is to bring people together to be inspired by a diverse program and the landscape of the Hudson Valley. We’ve crafted a unique experience that aims to energize and motivate all attendees.”

It’s a relatively small conference of just 120 people. It’s a conference “to do fun things and to get inspired. Some people only see conferences as a professional thing. We definitely don’t want to create a professional conference, that’s not what we’re setting out to do.”

The UK government’s 2016 Tech Report states that 75% of digital tech business are outside London.

“Bristol is advantageous because it is relatively inexpensive to live and work in but is also well connected,” says Joel Gibbard, CEO and founder of Open Bionics. Belfast is another thriving regional area that is highlighted due to its low rents. Stephen McKeown, CEO of Analytics Engines cites people returning to Belfast from stints in major cities is another huge benefit. 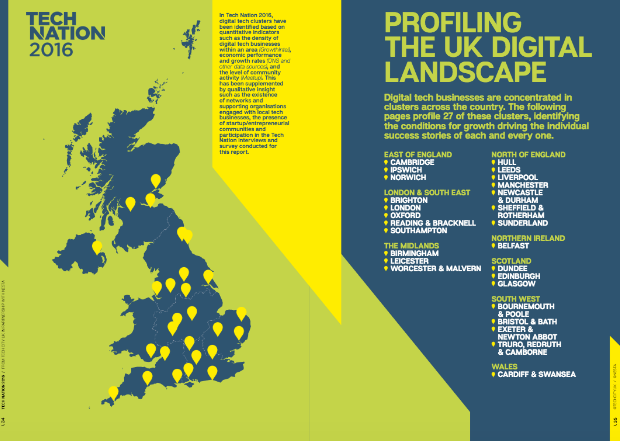 The Challenge of Regional Events

Unsurprisingly it’s access. “One of the challenges once you move outside the city is density. Attendees can’t get the subway or get in their car and drive for five minutes or whatever it is. It’s a much bigger commitment.”

It’s also ill-advised to host a day event as it’s quite a distance to travel just for that. As Aaron puts it, “there’s a threshold of how exciting you have to make it to get people to put the extra effort into attending.” 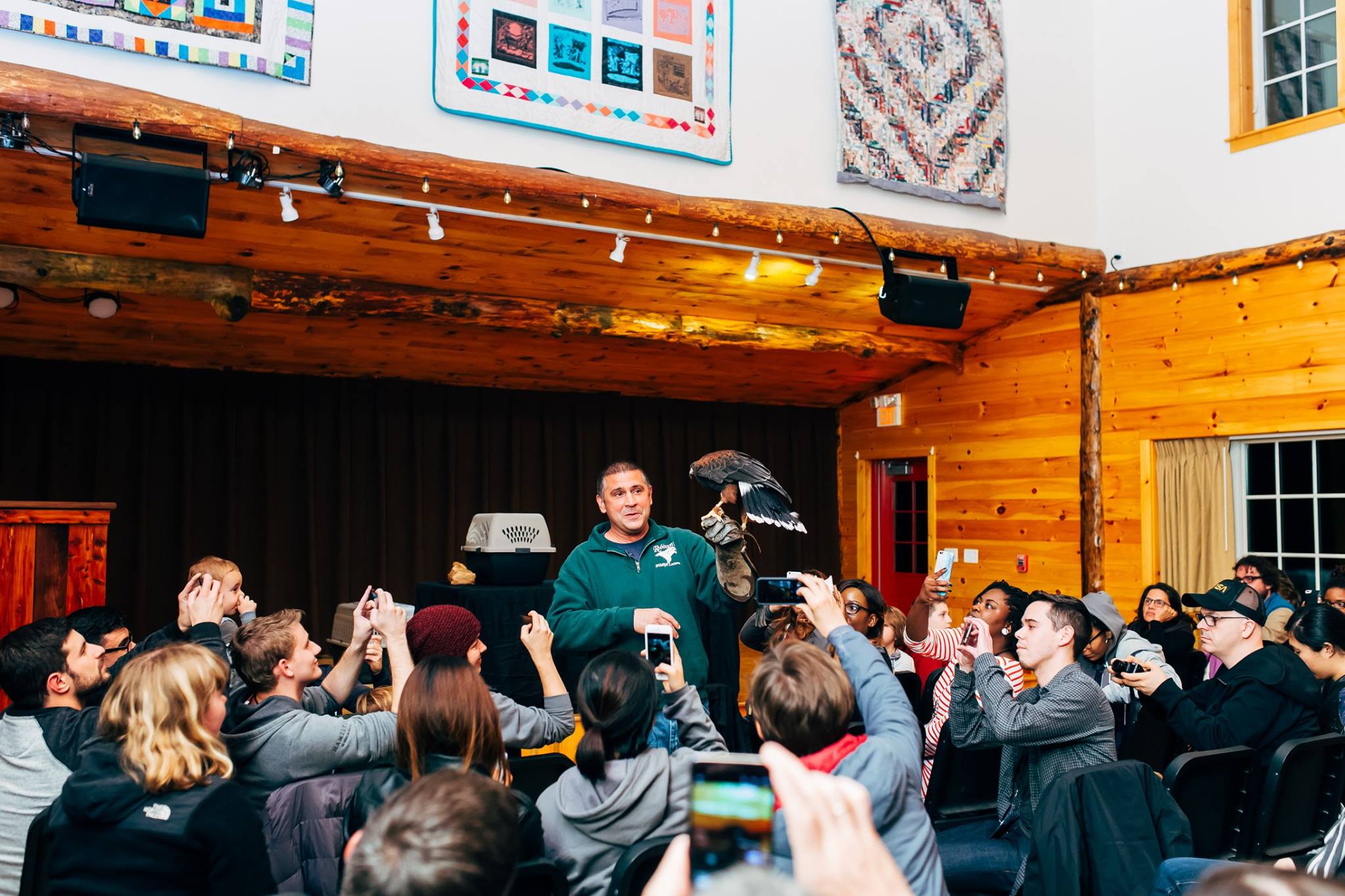 Instead of seeing the lack of urbanisation as something negative, see it more as your conference’s USP.

Don’t limit yourself by focusing on finding a traditional venue as Aaron explains:
“For the past two years we’ve used a venue called the Ashokan Center. It’s very much like retreat center that was built for nature and wilderness education. They have a blacksmith shop and printmaker studio on site. The area itself is just gorgeous and it’s on 250 acres, it’s a huge property. You can hike everywhere, it’s a massive amount of space. We try to host the event in the Fall when the leaves are changing color. All of that definitely contributes to the conference experience.”

For some small businesses, for example a beer company, they can sometimes struggle to see the ROI on giving free samples or their beer at discount.

A traditional conference has them segregated into a specific vendor area.
“It was cool to have local business people integrated into the conference team and participating. The people who were coming up from the city were just talking to them, it wasn’t like the typical conference where there are vendor booths. Everyone hung out together that made a big difference.”

He added that several attendees decided to use the beer company to supply their own events.

There is nothing wrong with a professional conference, let’s get that statement out of the way before you start tweeting us defensively. However, as Aaron has highlighted you can use a unique setting to enhance a conference i.e a tech conference that incorporates hiking in the schedule.

Small regional communities see the benefit of technology but they might not know how to attract it to their area.
“What local governments and local people don’t have in money they make up in enthusiasm. For example they were able to hook us up with the local bus company who was able to give us free busing between New York City and the event. Local government was a supporter of the event and promoted it at other events which got people excited.”

They also created a series of videos, such as the one below, to encourage business people based in cities to move to the countryside.

The Catskills conference has led to two of its attendees relocating to the area to set up their business, which is a huge result for the local area.

“Local government people are very excited by this tech conference. They see tech as a way to move their local economy into the 21st century. They’re very eager to figure out a way to make that happen. A lot of them don’t have the connections or ideas to make it happen so having them involved from the beginning was a big part of this.” 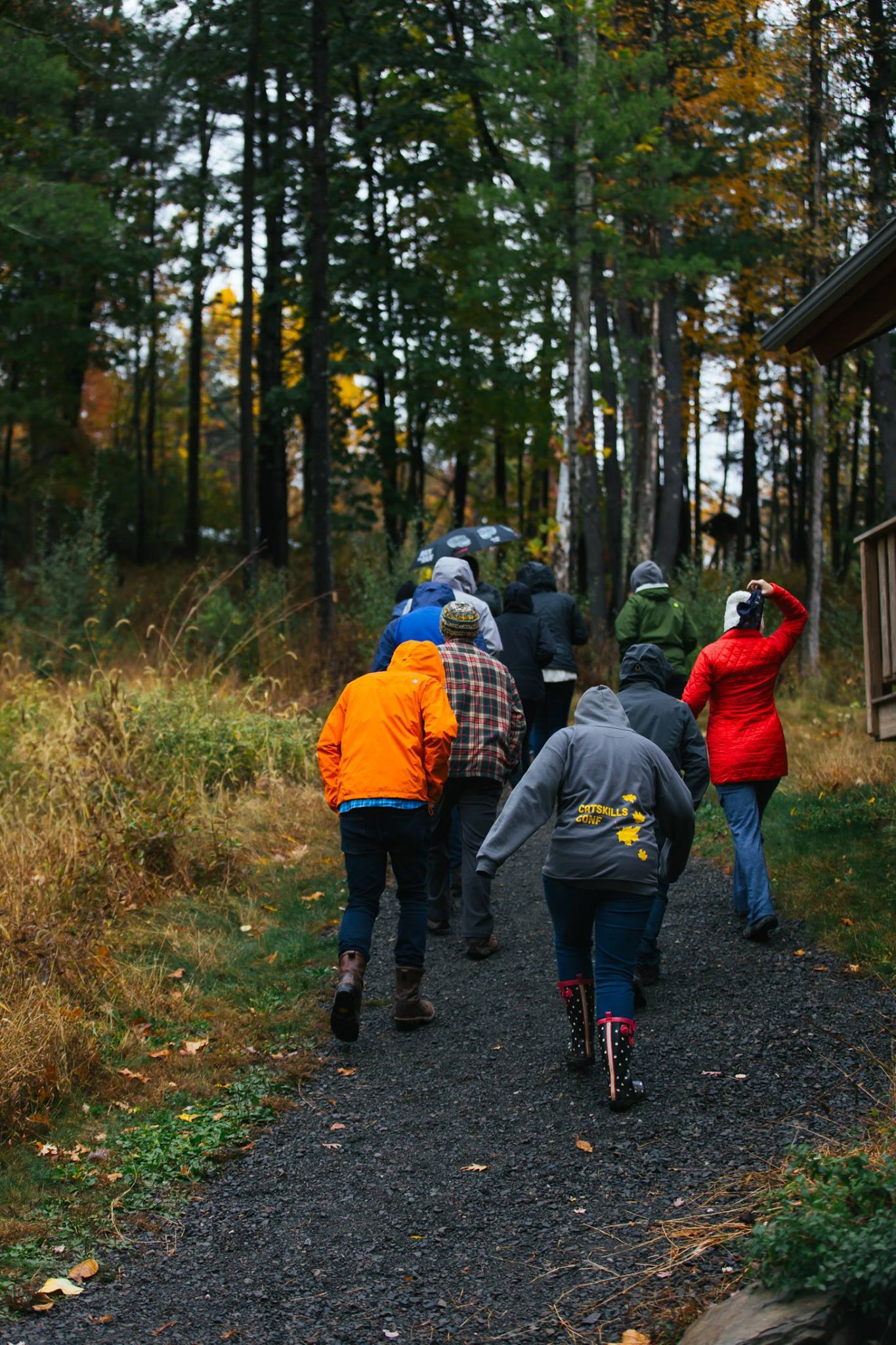 The EU’s Digital Single Market has given itself the following target; “New services such as high-definition television or video  conferencing need much faster internet access than generally available in Europe.To match world leaders like South Korea and Japan, Europe needs download rates of 30 Mbps for all of its citizens and at least 50% of European households subscribing to internet connections above 100 Mbps by 2020.”

In Ireland a great example of this is the Ludgate Hub, which is based in Skibbereen, County Cork; a place that is located in the periphery of the South West of Ireland.

Their website states that, “with a 1000MB connection the Ludgate Hub utilises the digital age for job creation and innovation. The initiative aims to facilitate up to 75 people in a creative co-working environment with a long term objective to create 500 direct jobs and 1000 indirect jobs via a sustainable digital economy for Skibbereen and the wider West Cork area.”

Governments are keen to provide a comprehensive broadband strategy that benefits all. To date it has skewed more towards larger cities as that has been where industry has collected. However, quality of life and living costs has made regional areas more appealing.

Aaron has found that his event has led to 2% of his attendees deciding to relocate to Hudson Valley and set up shop there. Catskills Conf does highlight how a well-curated and targeted tech event can bring “tech people” into a regional area. Aaron has shown that by working closely with local government it is possible to tempt some event attendees to become permenant residents in the area.

This approach of event tourism is a great way to boost the rural economy. It’s even better when attendees decide to relocate their business there but the only hurdle that will hamper rural communities, especially in Ireland, is the quality of the wifi. Until the infrastructure is solid tech events will continue to congregate in cities.