The more complex the mind, the greater the need for the simplicity of play.

As my previous efforts with the Tito blog would imply, I love words. And, as with most romances, there’s a twinge of jealousy attached to my ongoing affair with language.

I find the concept of figuring out how to use CSS declarations about as easy as learning the periodic table by heart. In Basque. Backwards. And I’m on fire.

I wanted to take today to showcase some of our customers that not only understand the uttermost complexities of technology, but who also curate events around those topics. To the best of my ability, I’ll also try to explain the themes of these events in simple terms:

A blockchain is a database that has things in it that you can trust are legitimate. It’s decentralised in that the different bits of information involved are on different processors.

The blockchain contains groups of information that are arranged in a specific order, where each “block” of this information is communicated to the one next to it, and so on, making a chain.

Normal databases don’t have the security mechanism that comes with this linear communication, so the administrator in charge of those can potentially change everything in that database, or copy it so another person could have the same database contents.

So, if that database was full of money, say, you could just copy the money and say it was the different money, because it’s digital money and tracing if and how it was copied is hard.

Blockchains have checks that prevent “double spending” of electronic files in this sense.

There’s more to it, but thankfully the good people at Moontec are better placed to explain it than I am:

With 1,500 attendees, Moontec can rightly claim that they’re one of the largest conferences in Northern Europe. The event focuses solely on blockchain technology and the real-world impacts surrounding it.

This year’s presenters will include Marta Piekarska who’s undertaking the task of describing how Bitcoin technology can be used outside of cryptocurrency.

There’ll be a whopping 49 other speakers alongside her, and in case you need any more convincing, here’s what Tallin looks like in December:

A-Frame is a framework which developers can use to create web VR software using HTML and Entity-Component, which is easier than learning a whole new language, I’m reliably informed.

It’s called A-Frame because a traditional a-frame has three dimensions, like a stepladder without a top step: 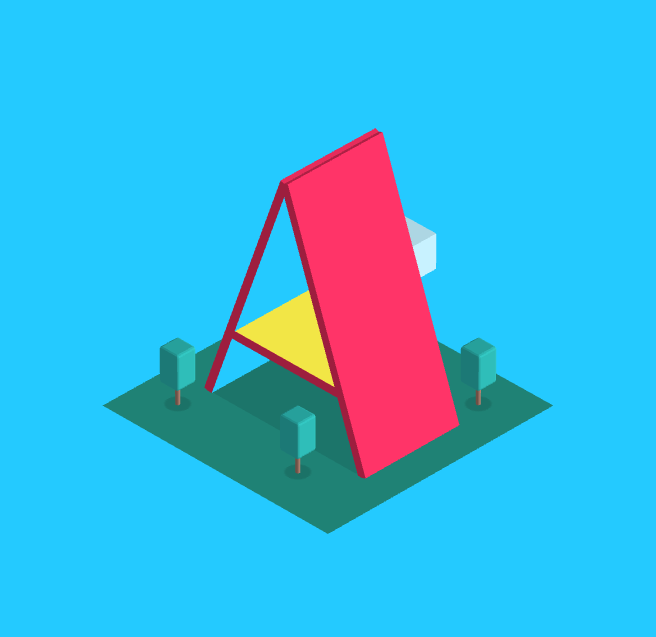 With it, you can build nifty things like this seasonal ghost train. But, I’m sure some training will help, which one of our customers happily provide:

A-frame was created by the Mozilla VR team to make 3D and WebVR content creation easier, faster, and more accessible.

As a marketer, it’s borderline impossible for me to work a full day without at least one article telling me that VR is the future of engaging potential customers. So too can I not go 24 hours without getting frustrated with the numerous ways to practically incorporate it, which is why the accessibility factor of this framework is so cool to me.

Salva de la Puente will be facilitating the London workshop and they’ll provide snacks, but you’ll need to bring your own laptop if you’re interested.

If you want to, you can keep up to date with upcoming events in the tech industry and beyond through this button: