Naomi Ceder has been involved in the Python community for 16 years. Currently she serves on the board of directors of the Python Software Foundation.

This is an ethos that Naomi has instilled into the event she co-founded, Trans*Code.

Trans and Non-Binary People Feel Uncomfortable in the Workplace

Before we delve any further into the workings of Trans*Code, it’s important to get an overview of the transgender and nonbinary community’s relationship with the workplace.

A 2014 study by the American Foundation for Suicide Prevention and The Williams Institute (part of the University of California school of law) revealed the following information:

Part of 2015 study conducted by the Scottish Trans Alliance discovered the following statistics for nonbinary people residing in the UK:

The Inspiration Behind the Event 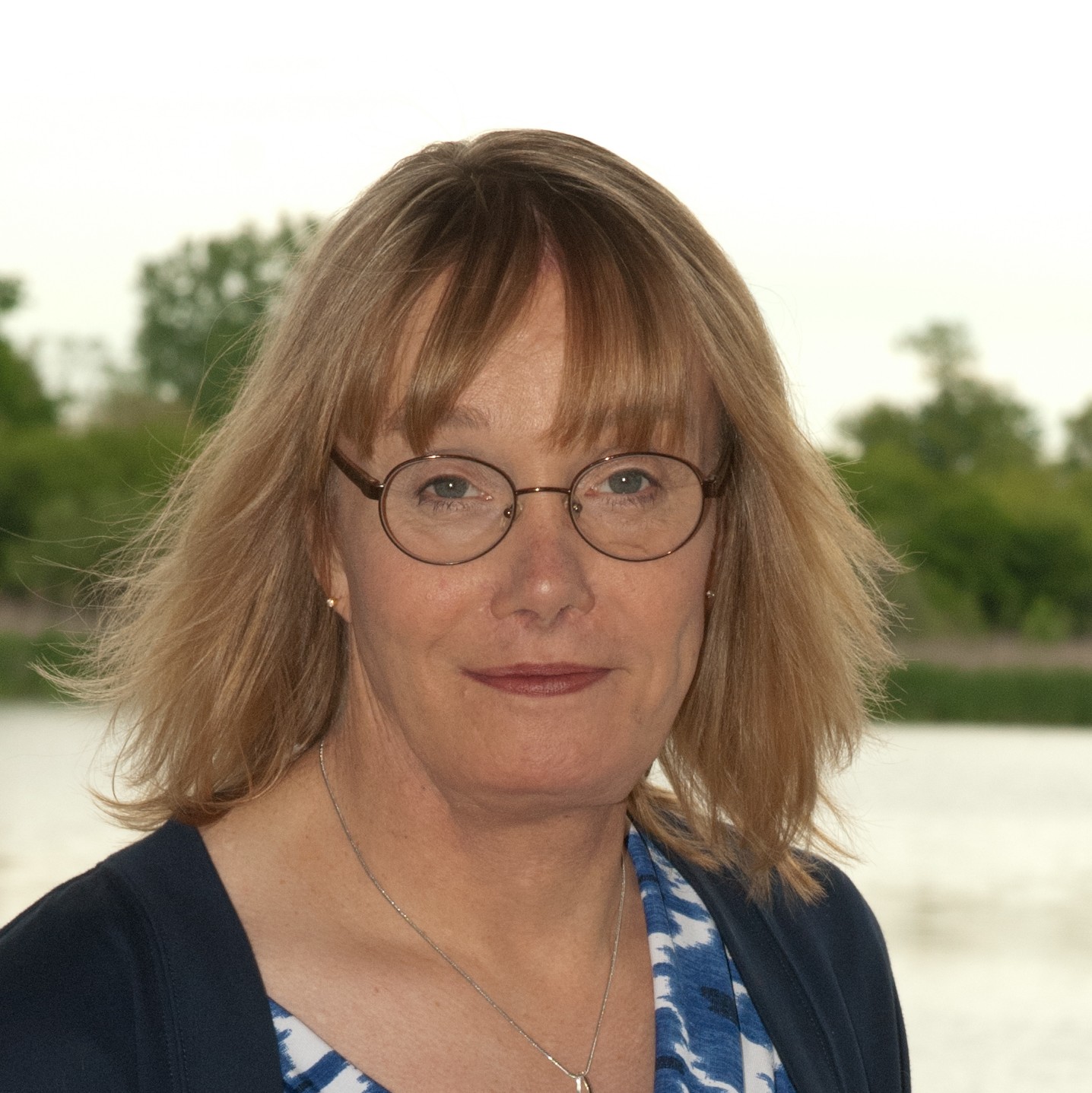 The previous statistics make for harrowing reading. Thankfully tech activists like Naomi (pictured above) saw an opportunity to create an event that would empower the trans and non-binary community.

“I worked in the UK for a couple of years and it was then that I decided that I wanted to bring  something to the UK that had been done in the United States called Trans*H4CK.”

The Trans*H4CK initiative was started because, they saw “growing social and economic barriers,” that affected the trans community such as:

Naomi attended it:
“It was the first time that there’d been a hackathon devoted to transgender and nonbinary issues. I wanted to replicate that model in the UK, so in the Spring of 2015, we had our first event. I connected with a woman named Jessica Rose, who’s based in Birmingham, and we put together the first event.”

(On a similar note Jessica has shared one of her talks on her site called Imposter Syndrome & Individual Competence. It’s well worth a watch)

Why There Was a Need for the Event 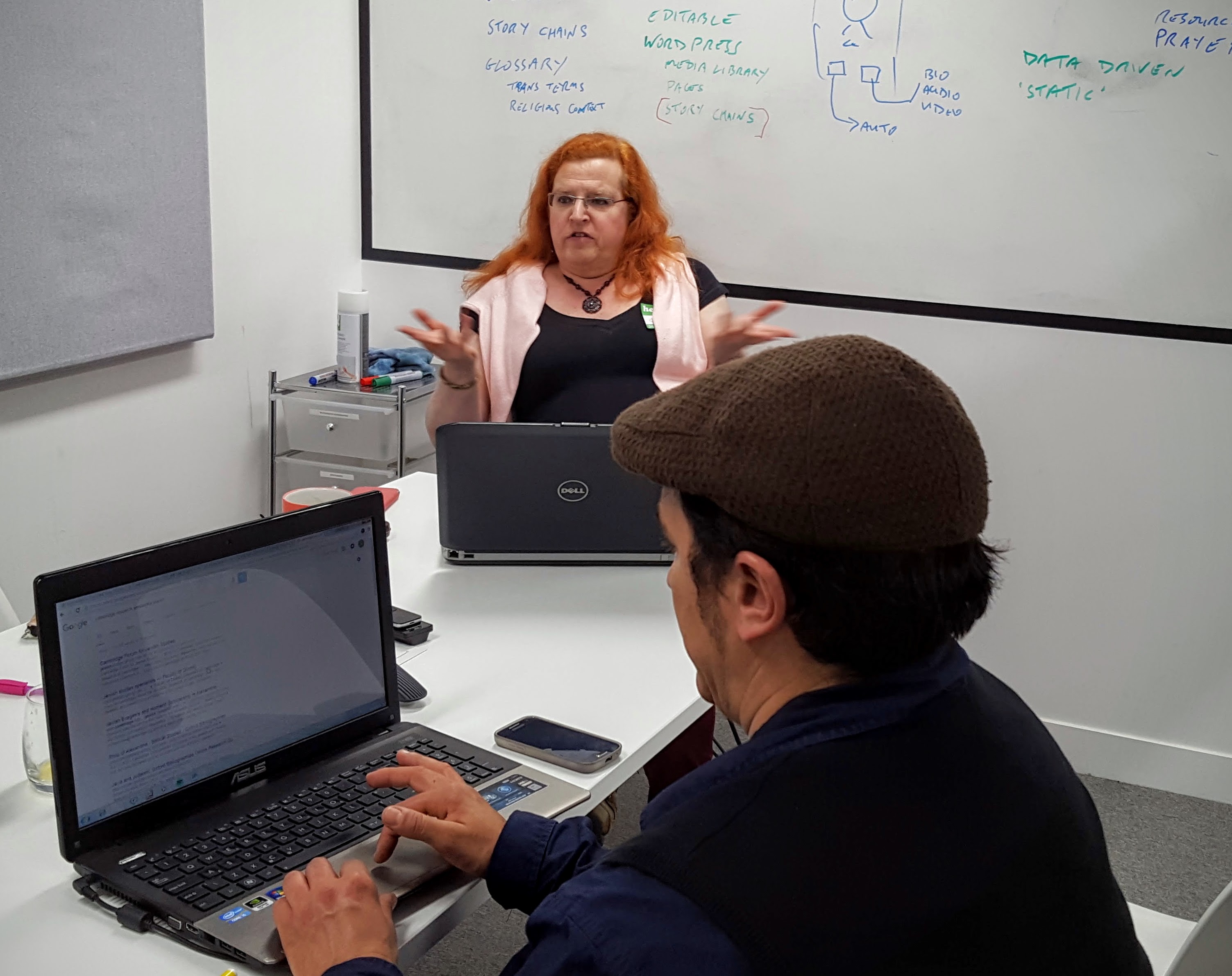 “There aren’t many opportunities for trans and non-binary communities to come together and work constructively on the problems that face us. I saw this an opportunity to combine the spirit of a hack day with this particular, marginalized group.”

The first event was an immediate success because “it’s a rare opportunity for trans and non-binary people who are into technology to come together and work on technical things. It’s also refreshing to be the default group for a change, rather than an outsider group.”

The event not only brought together trans and non-binary people but their allies were welcome to join them. As Naomi puts it so well, “it helped them see things a little bit through our eyes.”

Start-ups Need to Up Their Diversity Game 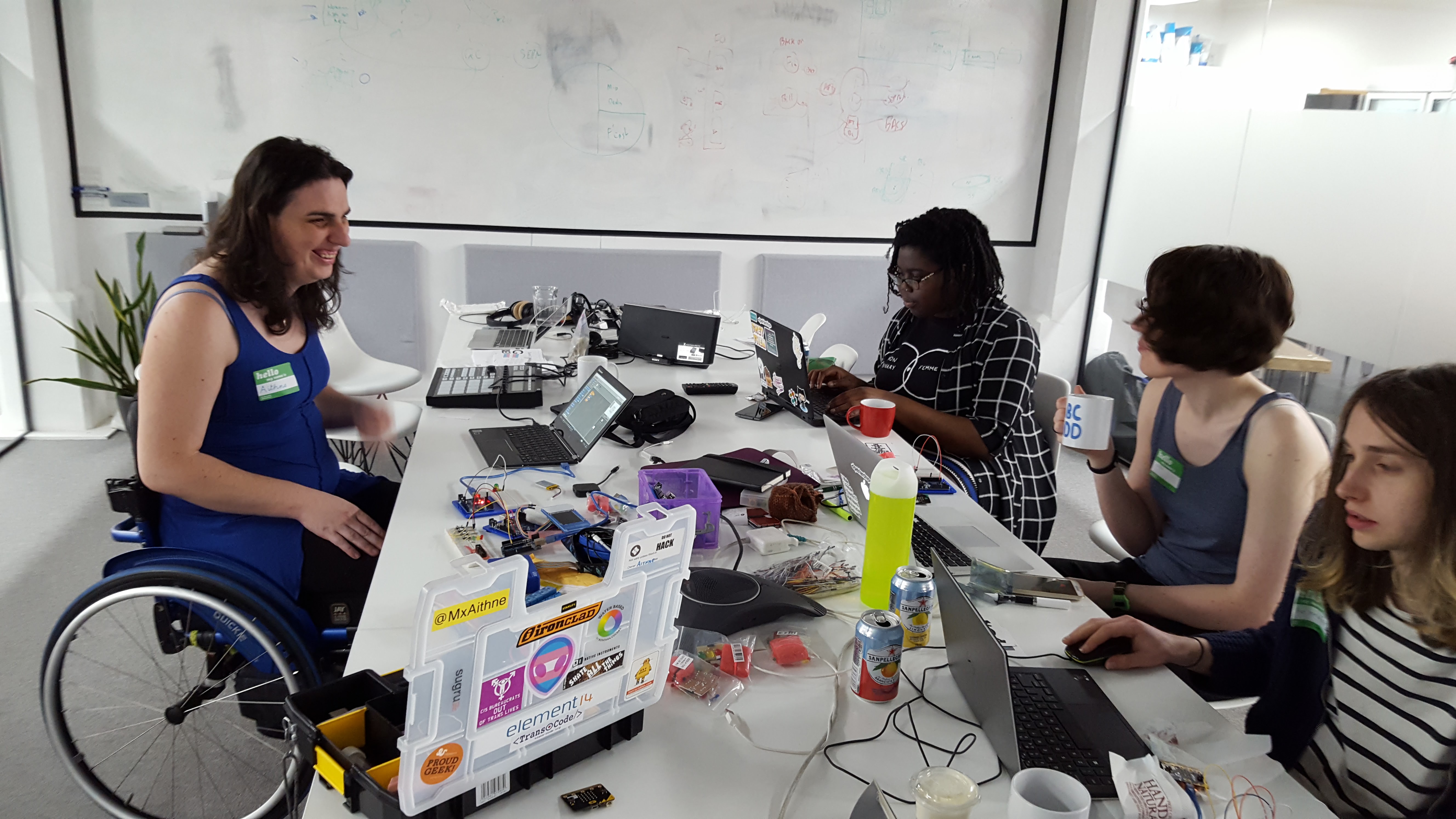 “In general we don’t feel that the technical world is doing a wonderful job. I think on the other hand we do feel that there are opportunities that are perhaps better than in some other industries, but there’s still a long way to go in terms of truly feeling that there’s acceptance. I think there’s also a great deal of difference depending upon the type of company.”

Compared to larger companies small start-ups tend to have a harder time with issues like diversity because:

Complacency is the enemy of progress. Naomi believes that companies need to take responsibility, they should, “educate themselves.”

“Many of us have spoken about diversity issues and even trends issues so there is material out there, but it takes an effort to realize that this issue actually does require a little bit of education and thought on the part of the company.”

Are You Guilty of Unconscious Bias?

According to Harvard University researcher Mahzarin Banaji in her article for the Harvard Business Review titled, “How (Un)ethical Are You?”,

“Most of us believe that we are ethical and unbiased. We imagine we’re good decision makers, able to objectively size up a job candidate or a venture deal and reach a fair and rational conclusion that’s in our, and our organisation’s, best interests. But more than two decades of research confirms that, in reality, most of us fall woefully short of our inflated self-perception.”

As Naomi puts it, “people who don’t have much experience being marginalized don’t fully understand how much more difficult it is if you are in a marginalized group.”

Here are two excellent talks that Naomi has given to further explain how it feels to different.

Chatting to Naomi was enlightening. Naomi is a thoughtful, intelligent woman that explained to me why some organisations are lacking in the area of diversity. She summed up superbly why the onus is on us to make changes.

“It’s pretty clear that diverse teams benefit the company. It’s fair to ask, what is the company or that now-diverse team who has benefited, what are they doing to help make things better for the person who has taken this rather significant risk to join that team or company? That’s something that I think gets missed a lot.”