When Maria approached me about writing a post on how I secured the speakers for Admission I looked at her blanky, “There’s no way I can get 500 words out of that.”

I thought, how can I write about something that feels very instinctive? We chatted about angles some more, which resulted in this piece. I hope that you get something from it. Feel free to reach out to me if you want me to expand on anything to do with hiring a speaker, or other event management advice.

“I think the events industry provides great opportunities for women, however I am always disappointed at awards ceremonies when the company owners or chief executives receiving the awards are generally men and the events teams are mostly women.”

– Sam Robson, group events director at The Appointment Group in an article for C&IT.

Sam Robson’s observation is spot on, and infuriating. At one point some of the team suggested we get the CEO of a certain company because they are well-known and it would be great publicity. That really stuck in my craw! The tagline of our conference was, stories from people behind great events not stories from the people that don’t create the events. It’s a profession that is mainly done by women, yet not celebrated publicly enough because it’s not seen as skilled, which denigrates it further. The line-up had to reflect the fact that the majority of organisers are female, which I achieved. 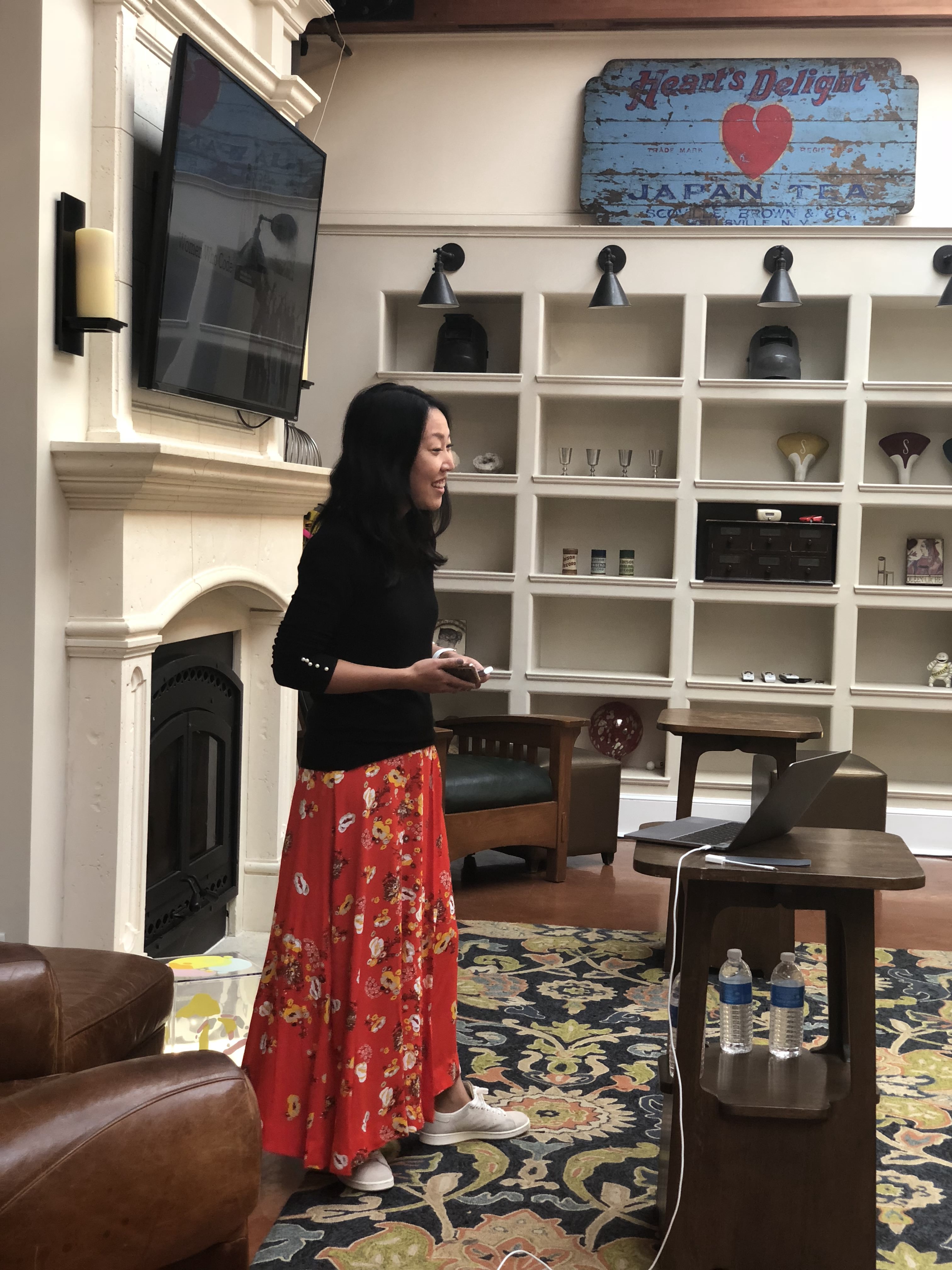 We’re a product company first and foremost so that helped me with direction. We also love design, so I was delighted to get Bryony on board from Brand New Conf. It was a challenge sourcing a diverse line-up; it took a lot of detective work, but I think I did okay. We didn’t have any representation from the trans community which I regret as my interview with Naomi Ceder last year really stuck with me. I hope I can invite her to speak at a future conference. We also didn’t have anyone with a disability. I know there are more groups that could have  been represented and I feel I could have done better on that front, and next time I will.

It would be disingenuous to say that I am responsible for securing everyone that spoke.

Caitlin of Shopify and Hugh of SXSW came from the Tito networking king that is Karl, our commercial lead. Shopify is one of our customers, so no further explanation needed there. Hugh came via Enterprise Ireland but it took Karl to guide him over the line. An introduction is just that: it’s not a given. Maria recommended Kim Crayton as she liked her online profile and then I reached out. Jessie of Layers came via Paul, our co-founder. He was in San Francisco for WWDC and they got chatting, and happily for us all Jessie asked if she could speak at Admission, making her our first confirmed speaker.

I know some people dread cold emails. I don’t know why, just keep it simple. In the email I told potential speakers all the important conference information; what it was about, where it was on, when it was on, how much their fee would be and that we’d take care of ground transportation, flights and accommodation.

Only one person I reached out to did not get back to me. I tried her three times and then stopped. Everyone I emailed got back to me within a week and said yes. When a speaker says yes it’s akin to the on-the-day rush of the event. Your plan is coming together, you can visualise it all happening and it propels you forward. It means they believe in what you are doing and, when people of that caliber believe in what you are doing, it gives you a nice feeling.

Some people email right away, some don’t. Just allow their communication rhythm to surface on their own time and then you can pace yourself. Some people give one sentence answers, some write paragraphs. You just have to adapt your style to their voice because it will make your life easy when you go about hiring a speaker. 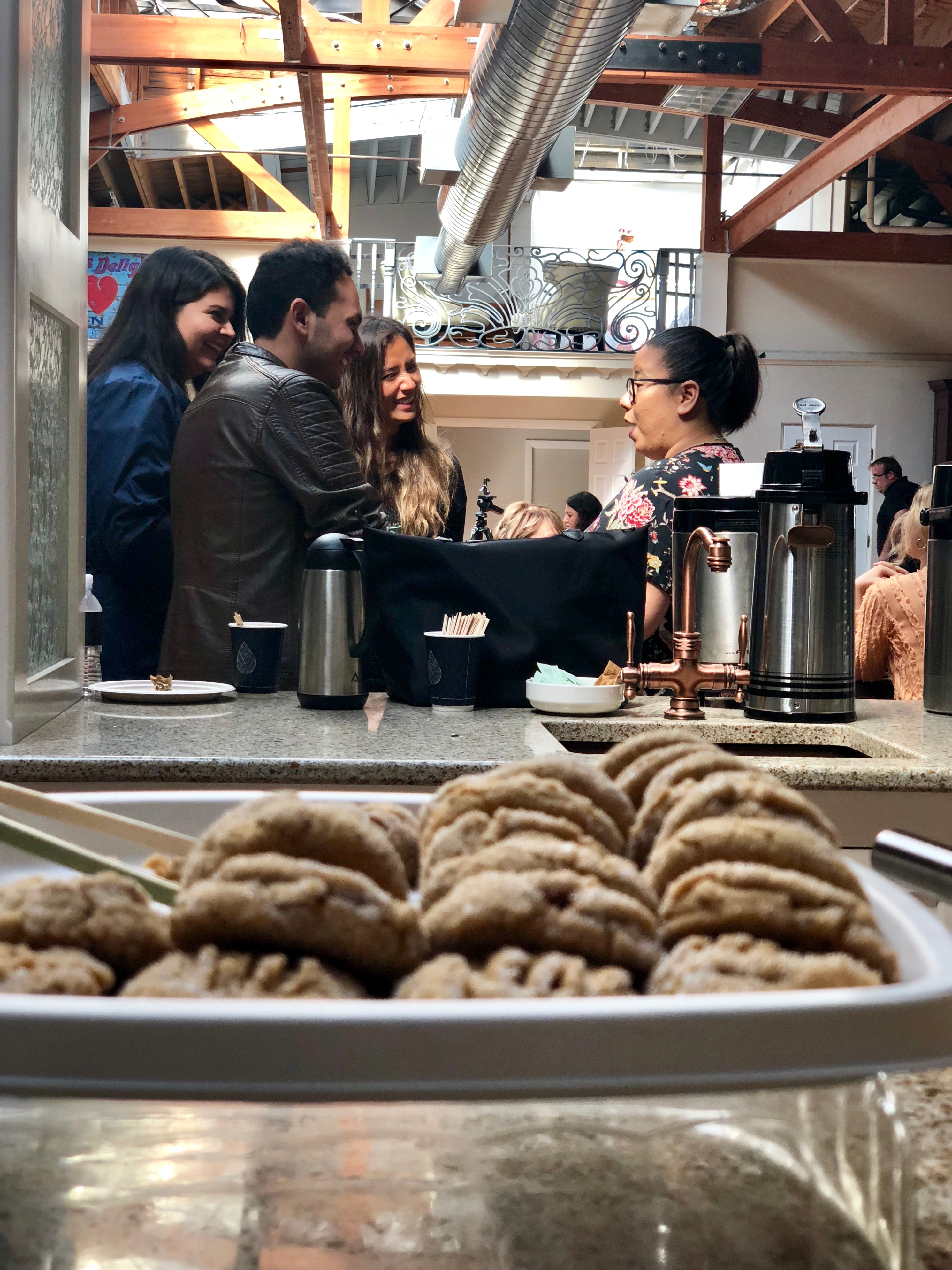 Image Description: Admission 2018 attendees getting to know each other during a break between presentations.

I tried to keep my emails to a minimum which, closer to the conference date, was not a great strategy. I naively (even after all these years of marketing and events) presumed everyone always reads my emails thoroughly – they don’t! For example, some speakers didn’t know about the hotel and the team got a few nervous emails about where they had to go to. I had included all the information in an earlier email, but I should have emailed short snippets of information more often closer to the conference date. I used to do that in previous roles but reneged it for some reason with this conference. I won’t next time.

I had only seen a few of the speakers speak. I had no idea if they would be good on the day. Honestly, I wasn’t even thinking of that. I just liked what they did and what they represented and I trusted that that would come through on the day. Don’t worry too much if you’re hiring a speaker who’s never spoken publicly before, just work with them on their topic and trust that they would not agree to be at your event if they hated public speaking. Also, you have to start presenting somewhere, so why not give them their first platform?

If you want to see the final line-up in full flight, you review our Admission recordings here: