Mark Breen, co-founder of Cuckoo Events & Safe Events, wants you to be honest with yourself about the safety of your attendees.

The concepts of safety and caring are intrinsically intertwined. Mark Breen, pictured below, has always embodied those ideas.

As a young man he was a competitive swimmer and then went on to become a lifeguard, he also cared for his sister who has special needs. Essentially he’s a natural protector.

His professional path into event safety began at a gig at the University of Limerick, “it was very crowded and people started falling over. Myself and a couple of guys, started lifting people up. I was trying not to spill my drink at the same time! The head of security called us to his office after the gig and asked us to work for him, he convinced me when he said I’d be paid to go to gigs,” he laughs.

Don’t let his sense of humour mask the fact that Mark is at the top of his game when it comes to event safety, he is an authority in the area. Mark is part of a handful of people that are on the inaugural masters in Crowd Safety and Risk Analysis in Manchester Metropolitan University, the only course of its kind in the world.

Mark works with international clients so this article is not solely geared towards organisers based in Ireland. What Mark talks about are international best practices.

Just a quick disclaimer before we get deeper into the article, Mark is a funny guy that speaks his mind. If you’re not a fan of bad language, tell your mind to insert a bleep every time you see some in this article.

The UK is a leader in event safety 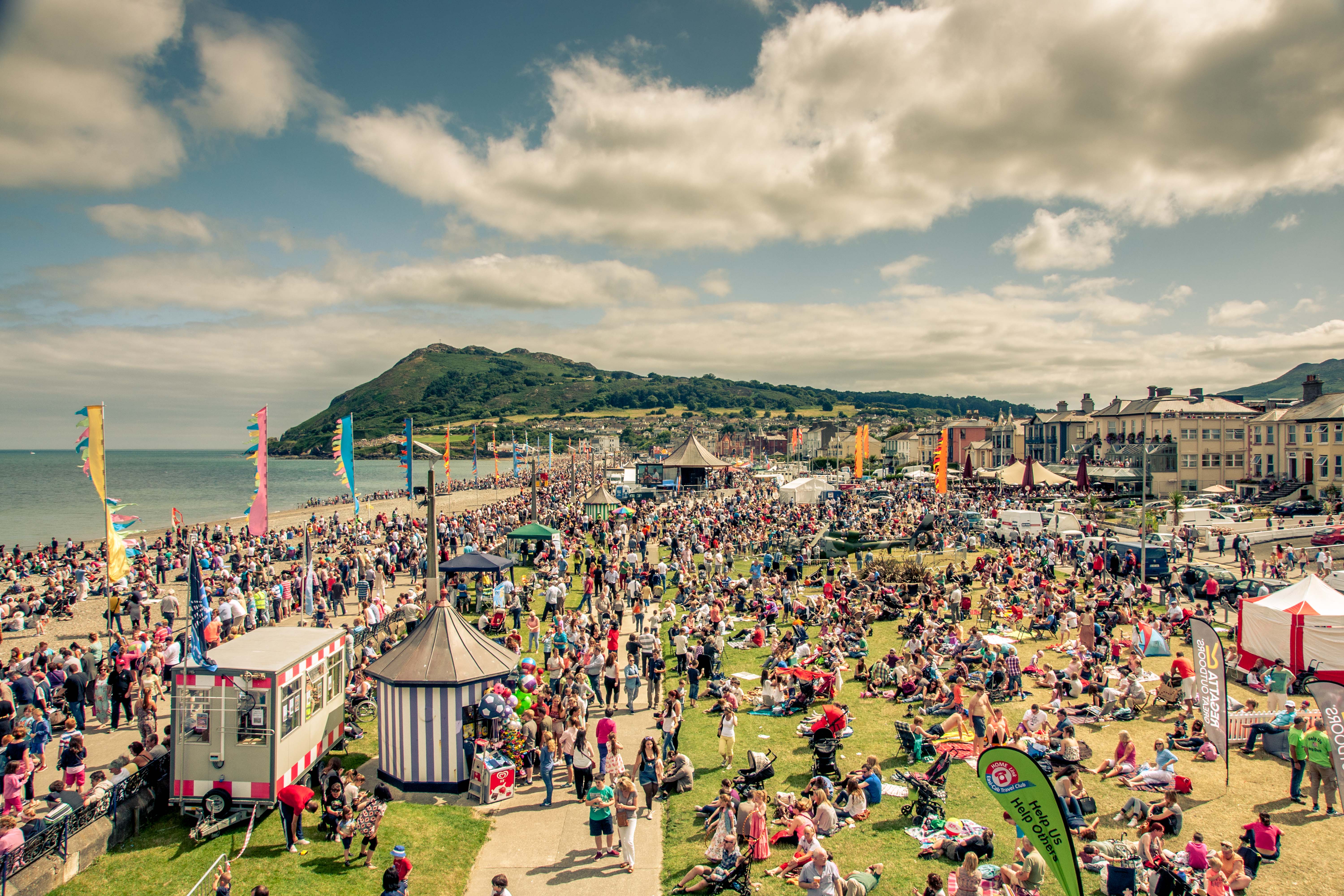 “The UK is probably the best in the world at event safety. There’s people in the UK helping America get their shit together.” An approach that the UK pioneered called the Safety Advisory Group is something that other countries like Ireland should aspire to follow, he believes.

“All the local councils or local authorities have these safety advisory groups. If for example you’ve got this great idea, a lot of jurisdictions outside of the UK will let you gallop off down the road to put a lot of time and effort into your idea, not to mention money. The only interaction they will have with you, if any, is after you have developed your event idea. It happens this way in Ireland and then you might be asked by the council at the 11th hour, ‘Where’s your insurance? Where’s your safety officer? Where’s your event controller? What the fuck are you talking about?‘”

Meanwhile in the more advanced climes of the UK, you engage with a safety advisory group first.

“They’re literally there as advisors. There are people from statutory agencies on it. There could be private industry people like me on it, and there are people from the council. They are there to help you get to the level where your event is safe to put on and everyone’s comfortable.  You engage with them regularly, they could say, ‘here’re the things you need to think of. You need to factor money in for that or you should consider this.‘ It’s to help you get to a point where your event is safe to put on. It’s actually enabled the events to happen as opposed to letting you hit a wall.”

“There’s no regulation on event safety. Anyone can easily say that they’re a safety officer, there’s nothing legally stopping them. It’s not like architects where you can go on to the Royal Institute of the Architects of Ireland website and see if someone is a registered architect. Nothing like that exists in event safety. There are many events run without safety officers.

“The biggest issue in Ireland is that there is no standard, what’s acceptable in Dublin City Centre might not be acceptable in Dun Laoghaire because they’re different local authorities even though they are in the same county! The biggest and best example is gas, not the flatulence type the type you use for stoves. I’m not saying whether I agree with it or not, but based on fire officers’ opinions and experience, in Dublin City Centre you will not be allowed to use concessions or vendors that use gas. You’re always up against an opinion of a key statutory agency who literally have the power to object to your license.” 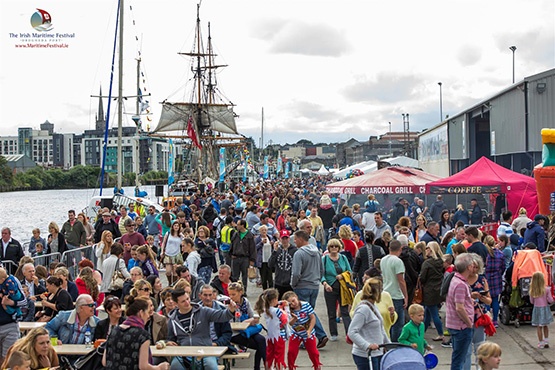 “We work off a framework called the DIM-ICE model. DIM means Design Information and Management. You can box off a lot of your safety needs in the design phase, especially for conferences.”

“Some organisers put seats right to the wall, for example you have rows of 20 seats centre aisle to wall. No one wants to be walking past 19 people to get to seat 20. It might mean less seats. You might have to go down to 18 seats, which to a promoter or a conference organiser could mean less money. These are the conversations you have to have early on.

“Let’s return to the seating example that I just used but this time come at it with safety in mind. You’ve 20 seats booked, the 20th is against the wall. If there’s a fire, everyone has to leave, where’s number 20 going? Where’s 19 going? Where’s 18 going? They’ll either go over the people in front of them or over the people behind them or try to get out to the aisle. Whereas, if you knock off two seats from 10 and 11 out, you create an aisle in the middle of the 20. That’s the kind of stuff to consider.”

“It’s your job to make sure all the exits are open and they lead to somewhere safe. The venue might tell you that the exits are alarmed but unless you check it how do you know?

“Does the exit lead to where it’s supposed to? Make sure it’s not filled with bottle bins. Make sure that the AV person hasn’t parked their van there. It’s simple stuff that will just take you 5 minutes to check.”

“At massive conferences they have parallel sessions going on at the same time, this is where timetable design is crucial. It could look beautiful and make perfect sense to all the people in the office who spent a week designing it. Say, there’s a breakaway session for a particular group. They are seated at the top of the main auditorium. Now you have them negotiating through every other group to get to the breakout venue. Wouldn’t it be a bit easier for them if you didn’t place them there to begin with? That’s the kind of stuff you need to consider.”

“Most people bury their head in the sand when it comes to insurance. It’s the worst thing you can do. It’d be one of the first phone calls I’d make. Most underwriters will want an event management plan and for you to have a safety officer. Ultimately, without sounding too facetious, if you satisfy the insurance people, you’re 50-90% of the way there.”

“There’s countless examples of this. JLS, a British boy band, gave a free concert in Croydon and it was mayhem. People were hurt, kids were getting badly hurt. The thing was, this had happened earlier at another free event in Birmingham. How irresponsible can you get as an organiser?

“There’s loads of other reasons not to do them besides the safety aspect. We’ve run conferences ourselves and didn’t charge for it… no I’m not contradicting myself! We charged attendees €50 to attend and if they attended we reimbursed them the €50. If they buy in, then they’re definitely going to come. We had 150 at a conference where one person didn’t show.

“When you just do a completely free, unticketed event, you know, part of the worry is anyone showing up. You couldn’t pay me to take on that worry anymore.  At least if you’ve ticket sales you’re showing a vision to be bought into.”

Will event safety in Ireland be better in 5 years?

“Five years isn’t going to make a damn bit of difference as things move so slow in this country. But we’re doing our best to influence change. We launched a site called Safe Events this year that is full of online safety resources plus we host training events too. We’re in a weird situation that we’re developing a profession in an industry, whilst also being the front runners in it.”

Regardless of where you are based in the world the knowledge that Mark has shared in this article will benefit your event. Event safety may not even factor in your event plan but as Mark highlighted it has to. A great event experience needs to be a safe event experience. You can read more online resources by Mark and his team here.