In 2018 we’ve posted 54% more blog posts than in 2017. However, we didn’t go into the planning and production process with a quantity goal in mind. People don’t read things just because there are many things.

Instead, we went into the year with key topics, experiments, events, and structures in place that facilitated our ability to write to the standard we wanted while (almost always) posting three articles a week.

Today, I wanted to share what articles went down the best; those that were our most popular in terms of views over the year:

Our round-ups are always popular. Our readership is comprised of two main cohorts: 1) people who organise events and 2) people who go to events. One theory as to why this was the most popular post is that both of these demographics converge in their interest in upcoming events. On top of that, the vast majority of the people who use Tito as an event tool work in the technology industry.

A common challenge that comes up when organising events is keeping up with new technologies, and events bring together those that build the technologies and the audiences eager to see them in action.

It helps that the events we featured here are pushing boundaries and catering to different folks within the broad scope of the industry. Thanks to JS Heroes, Dublin Tech Summit, and Innovation Enterprise for creating the conferences that these readers were hungry to discover. 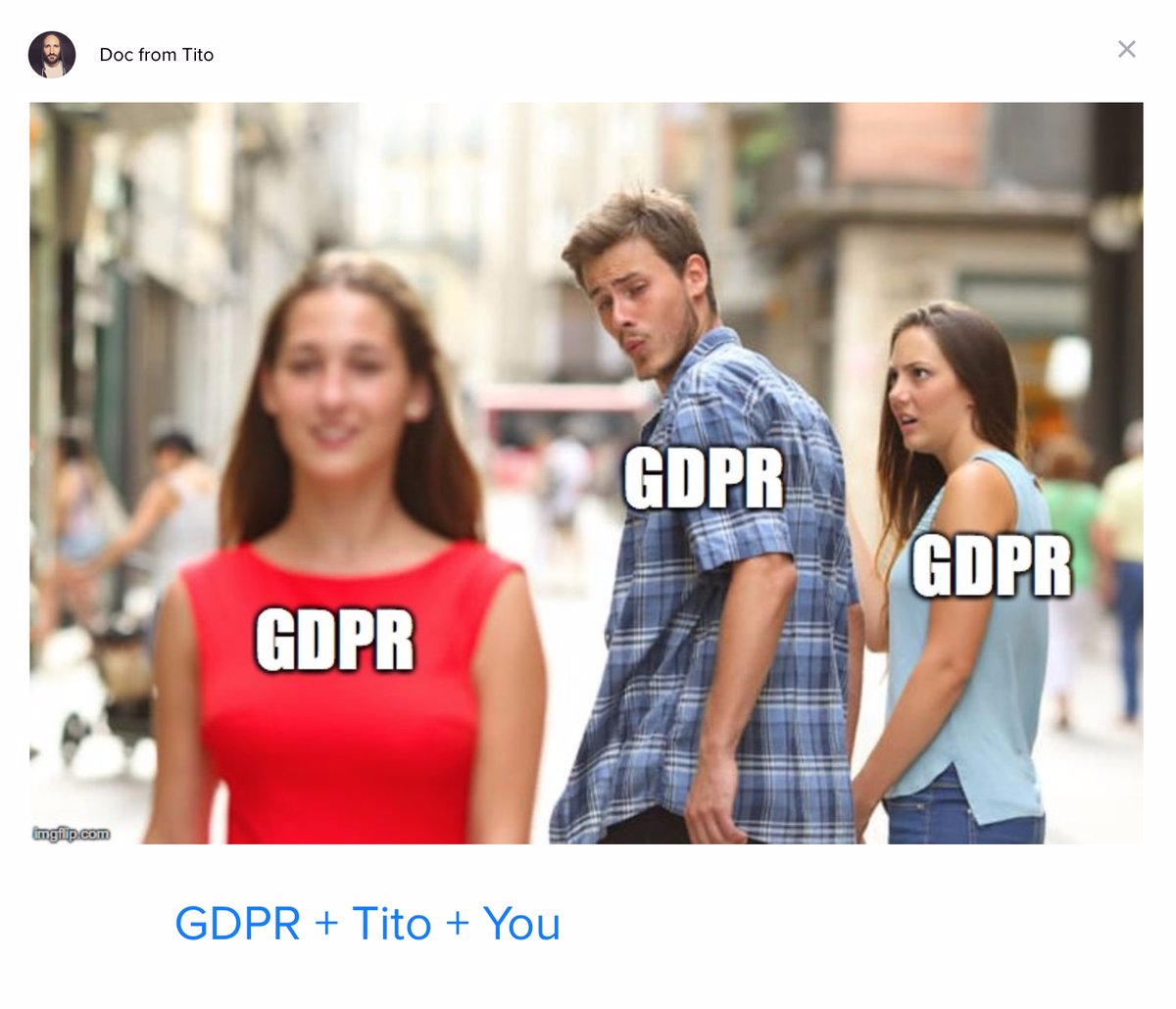 Earlier in the year, we had the pleasure of working with Fred Logue to host a webinar about GDPR for event organisers. There, he spoke with Karl and I, and answered pre-submitted and live questions that were top-of-mind for people in the industry as the May deadline drew closer.

We repurposed his responses into a blog post so that those who wanted to look back on the recommendations as well as those who couldn’t attend at the time.

In addition, we released a GDPR guide that acts as a comprehensive resource for organisers who want to ensure they’re adhering to the new EU regulations.

As with the most popular post, we have a large readership in the tech space which helped bring this post to #3. As an Irish-founded company, it’s natural that we get a lot of traffic from our neighbours in the UK.

London is an epicentre for popular industry events globally also, as reiterated by those that we featured in the post. The hosts featured here focus on Angular, container technology, and involving young people in the industry.

We endeavour to update these round-ups regularly to replace events that may have passed since the time of publication, so it’s worth checking back regularly for updates if you missed out on a conference you previously wanted to attend but didn’t get the chance to.

I joined Tito in 2017 and was charged with structuring our inbound marketing strategies, chief of which was this blog. Before I arrived though, the team’s contributions encouraged me to continue an already delightful tone and level of helpfulness they’d started.

Paul’s post about reducing conference awkwardness speaks to a very human side of attending and running events; creating a relaxed and welcoming atmosphere in a room full of (mostly) strangers.

This post continues to drive traffic from people wanting to solve for this ever-present desire, and (hopefully) helps solve for it.

Before joining the Tito team, I worked for  HubSpot. In that role I was fortunate enough to learn a lot about marketing trends, and I developed a particular interest in SEO tactics.

Having grown to know the day-to-day needs of event organisers after meeting some of our customers and working with my colleagues here to present our own, I became intimately acquainted with the fact that they have precious little time on their hands.

As such, I wanted to make some resources that could live on our blog that organisers can easily reference and digest. So, this post came to be, marrying both knowledge that I found practical and interesting, and a level of approachability that I thought our audience would appreciate.

This post came from a pattern I kept noticing. When I was first learning about design events, I went after the large ones to see if there were any common denominators that drove their audience. That didn’t quite develop into anything statistically substantial, partially because “design” has so many different meanings, so to speak.

However, what I did notice cropping up time and again was the fact that a lot of the events shared sponsors. We were running a series on sponsorship after we saw an appetite for it among our customers, so this merited some investigation.

I took a sample of 35 of those large-scale design conferences and found that there were five companies that sponsored between 11% and 30% of those conference, and highlighted who they were, and what they look for when choosing who to support.

How to Build a Successful WWDC Conference

In the build up to Admission, I had the pleasure of interviewing our talented line-up of speakers. The most popular set of responses were provided by Jessie Char, co-founder of Layers. She shared where the idea for Layers came from, why she works on it year on year, and what the biggest challenges in putting it together come from.

Thanks to the generosity of Andy Croll, we got to add his sketchnotes from this year’s Layers, which added vibrancy to the post beyond the Q&A.

If you’d like to learn more about Jessie and her facinating approach to customisation and design, you watch her presentataion from Admission now on our YouTube channel.

Look After Your Speakers

Dermot is a name I’d hear around the office every now and again, usually when Paul was reminiscing about the Irish word for “apple”.

If that sentence made no sense to you, imagine how I felt in the moment.

With the time that’s passed since, I learned that that Irish word “Úll” was, in fact, the name of a conference that Paul helps to run. I also learned that Eamon, among helping with past iterations of Úll, was once a contributer to the Tito blog.

In this post, often referenced by other event veterans, goes about explaining how you can make your conference experience better for speakers. Some of the recommendations seem simple on the surface, but are still often overlooked by organisers. Those include allowing the speakers to mix freely with attendees, arranging airport pick-ups, and explaining the running order of the talks in specific detail.

It remains a continually useful resource that you’re more than welcome to act on yourself.

Nowadays you can find Dermot through Tapadoo, his app creation company where he also writes blog posts.

How to: Zapier Integration

Tutorials are something you can expect a lot more of from our blog next year, for now though, this one remains the most popular instructional post.

Here, Doc walks us through the process of setting up a Zapier integration, step-by-step. For those of you who might not know what Zapier is, it’s a service for automating processes between apps and SaaS products.

In the original article, Doc walks through a scenario where you can create or update a contact in HubSpot (a popular CRM/marketing/service platform that I mentioned earlier in this post) from anyone who registers for your event using Tito.

The clarity and simplicity in the process that Doc illustrates is likely what keeps drawing new readers to it every month.

5 Ways to Optimise Your Event (Beyond the Ticket Price) 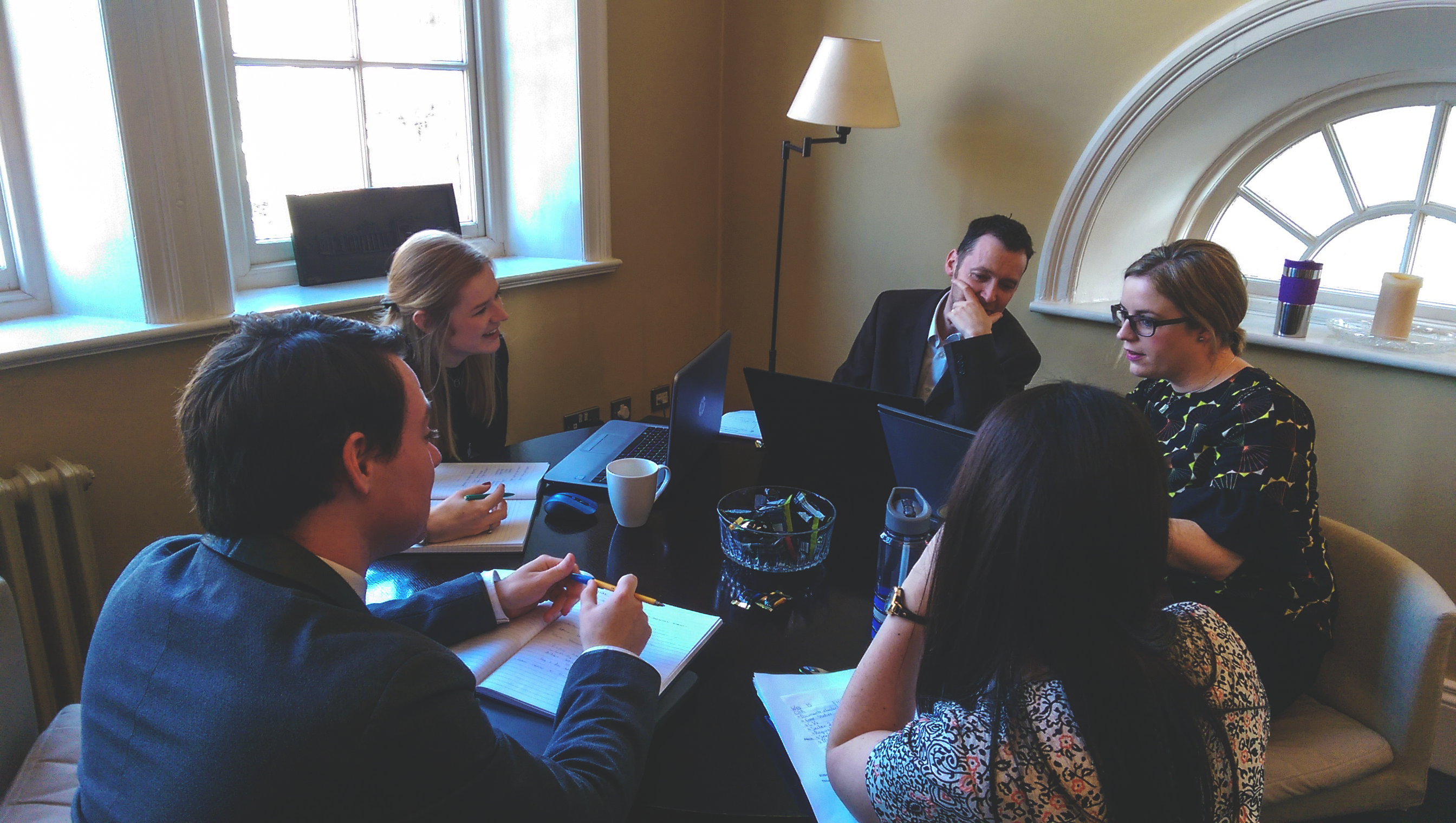 I’m in a few event organiser LinkedIn groups and thought it might be nice to share this interview I did with Carr Communications there.

It was really popular, specifically in the 500,000+-strong group operated by EventMB, and remained one of the must “liked” posts for a few weeks.

The team at Carr Communications are in the business of behavioural science. That means they study how and why people make choices and take actions.

The members of their team that I got to chat to were both kind and knowledgable in equal measure, something I think this post managed to emulate, which added to its charm.

To see the suggestions they provided, as backed by the scientific approach their business is based on, feel free to peruse the post for yourself.

And that’s a wrap. I have to say, having looked after this blog for almost two years, there’s a unique warmth in seeing people sharing and enjoying what we write as a team and beyond. So, sincerely, if you’re among them, thank you.

Next year, we’re aiming to be as relevant and enjoyable as possible when it comes to the publications we release, whether that comes in the form of a blog post or other audio and visual materials for event organisers.

If you have any suggestions or comments, I’d be delighted to hear from you at maria@tito.io or, to stay updated, you can subscribe just for blog posts below.