Every event has food at it. Be it a breakfast snack or a towering, shaky sandwich filled with expensive ingredients constructed to personify VC-funded startups.

Many events have a speaker dinner. It’s seen as a chance to welcome the people that are integral to your event. As with our example of lofty finger food, these nights can also have a bang of elitism off of them. Surely your punters are equally integral to your event, and deserve some special treatment too.

I appreciate that if you have a 3,000 person event, you can’t invite them all to the speaker dinner, but you could do a lottery system for twenty of them. It’s a nice gesture and it helps to destabilise a cliché hierarchy. 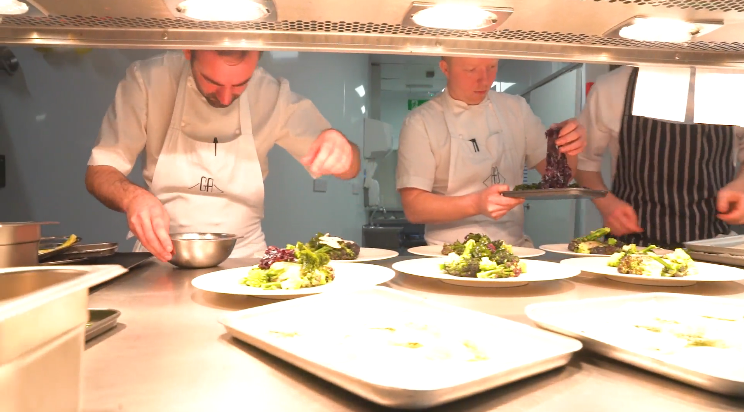 I bring up these culinary examples because, when I was working on this year’s events strategy, dinners by vertical were one of the suggestions. I’ve ran similar setups in the past, it’s a proven way to get prospects over the line. For me, and for Tito, it was important to experiment with building a community via events… and to see if that is even possible.

At Tito, we are always looking at ways to infuse the ordinary with the delightful. To explain that a little further, it’s worth us segwaying into what the concept of delight means to Tito. Paul, our co-founder, spoke about it in detail recently at Industry:

“Whimsy, personality, effervescence, character, tone. All of these are things that I think of when thinking about software that delights.”

“When we originally settled on delight as the thing that we wanted to strive for, looking back, I can’t say it didn’t feel like something was lacking. Once we isolated our core-values though, it struck me: playfulness only works if the basics are right. The basics for us are good, ethical behaviour and solid functionality. But delight is what folks are left with.

“Back in September, we hosted our first conference for customers, Admission. Ironically enough, for a number of reasons, we didn’t sell very many tickets. We were faced with a choice: give up, cancel the event, and regroup, or do what we could to make the smaller event something that folks who attended would never forget.

“We decided to go ahead with it. We booked a smaller, more intimate venue. We had cars pick up everyone from their accommodation, and arranged a private coffee morning and tour at the HQ of Intelligentsia Coffee.

“The talks went ahead, and we recorded all of them so that we could share them later. After the day of talks, we brought everyone on a boat trip of the Chicago River, and had the venue turned into a dining room, with a private chef creating a unique, delicious meal for guests.

“A lot of the software we use is pretty dull. It serves a function, and we judge it on the whole by how well it does its job. And that’s okay. But sometimes, software leaves us with a feeling that we can’t describe, that’s more than simply getting a job done, or taking an input and giving us an output.

“Getting delight right in products is really, really hard. It’s so easy to try to be clever, or magic, and lead to frustration. But if we view delight as a layer above solid functionality, a layer that thrives on subtlety, then it’s possible to get the job done, and leave folks with a feeling of joy, of completeness, of delight.”

As you have read, delight means a lot to Tito. And, executing that in marketing is a nice challenge. When I pitched my events strategy document to Karl, he fully embraced the idea of a dinner. However, he wanted to tease it out more and infuse more delight. I iterated on that by including a bespoke workshop the day of the event, and a surprise venue for the dinner. Even still, he felt there was more delight that could be squeezed in. 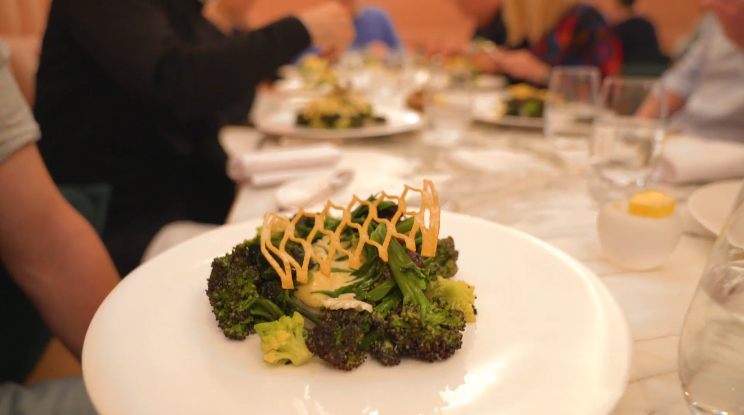 We paused, and inspiration appeared in the form of jealousy. A local paper had organised a food trail of all the top eateries in Dublin city and Karl was not an attendee.

Events like this were my bread and butter when I first started my career, so a lot of me wanted to try something new, to push myself in a new direction. It took me a few weeks to realise that it wasn’t about my career growth; it’s about doing what works. Events like this succeed because they are full of delight, and I’d forgotten that. I had to remember the power of great food and a great bunch of people in one room. 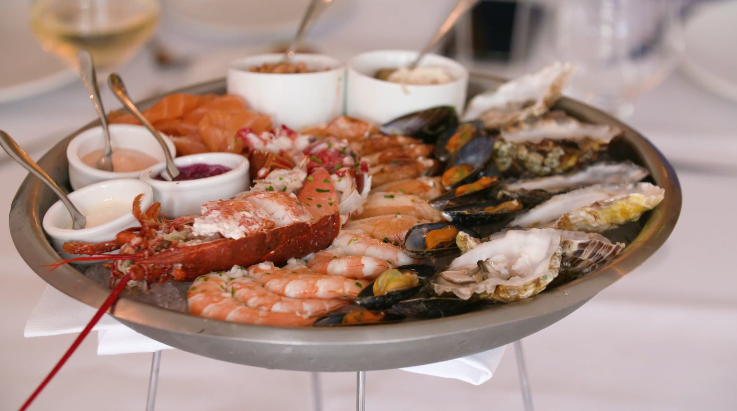 The curation of the route and the restaurants took time to manage as some on our wish list wouldn’t do it and others couldn’t do it because their space was too small. We each walked the route and made a note of the best streets to take the group down. We didn’t explicitly say it, but we were led by streets that had beautiful architecture, exciting shop front facades and areas that popped with the energy of the locals who milled about.

Karl knew who he wanted to invite to this event. He instinctively had a feeling (and knowledge) of the type of organiser that needed to be there. I’ve been at Tito about two years, but I don’t get to work with as many organisers quite as closely as Karl does. His familiarity and understanding of the audience meant that he knew how to communicate the concept to them in a way that made sense. He crafted 185(!) personalised invites. 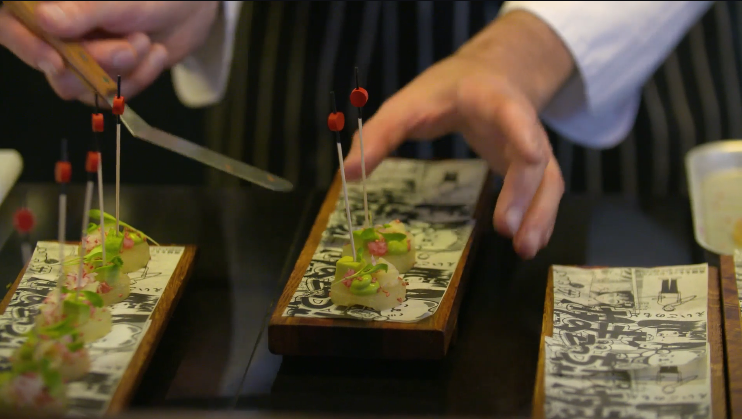 We had fifteen people at the event. We were happy with that number. It was always going to be a small event. Anything more than thirty people or so for something like this brings up operational issues. It also dampens the opportunity to delight people in a way that will build a strong community.

We had personalised welcome cards with the attendee’s image illustrated. The gifts were local which the attendees appreciated. One of the attendees is diabetic so we subbed out their chocolate for some high quality cheese. At the end of the event, the guests were surprised by the appearance of horses and carriages set to whisk them away to the hotel. They loved it. They will always remember it. The event was highly rated afterwards, mainly tens, nines, eights and one seven. 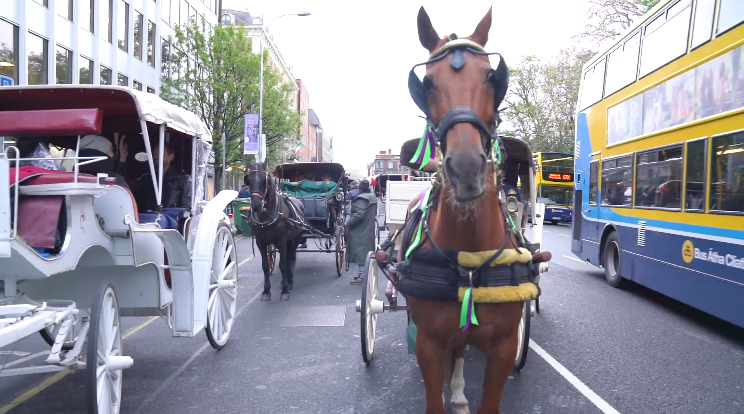 This is the first of many events that we plan to host in the coming months and beyond. The more I drill down into delight when it comes to events, the more I believe that it means taking something that is an everyday occurrence and allowing yourself to imagine ways that you can make it extraordinary. You can think of wild ideas like a fleet of helicopters picking up your guests, and then dial that back to suit your style and budget.

For me, it’s the little things. The day of the event, it rained. The hotel had no umbrellas, but we were prepared for that happening. People were so excited just to have an umbrella! You need to think like a concierge with an artistic boldness. But really, what it all boils down to, is that you need to trust your gut.